February 2016 is coming to an end, and it has been almost two months since this new year started. However, a lot of eligible major smartphones are still yet to receive the Android 6.0 Marshmallow update. As Huawei is the third largest mobile manufacturer in the world, it’s natural to expect quick updates from the company. And Huawei hasn’t disappointed us at all. A lot of Huawei and Honor devices have already received the Marshmallow update, and now its time for the Huawei Honor 6. 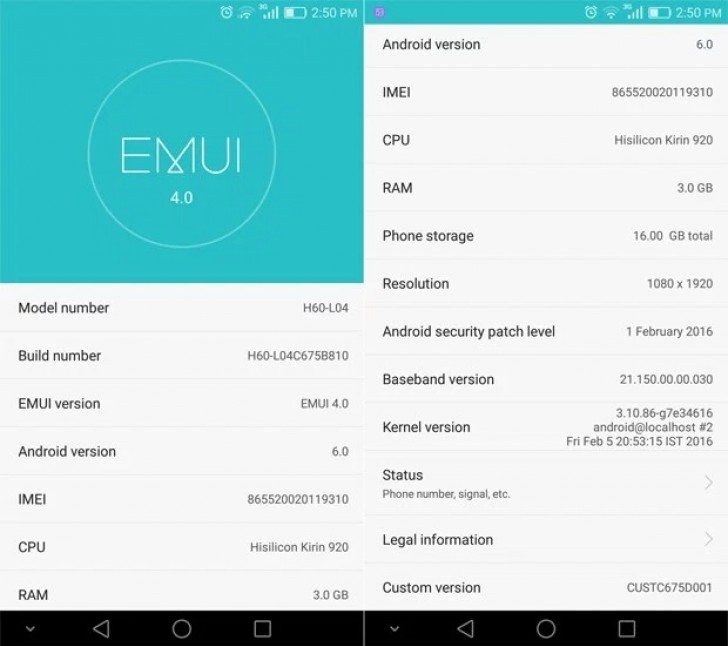 Yes, you heard it right, the Huawei Honor 6 Marshmallow update has been released finally. The update is currently seeding to the device in India and a lot of users have already reported that the OTA update notification has come up on their Honor 6 phone. The complete Android 6.0 Marshmallow update for the Huawei Honor 6 is around 700MB large and comes with a new build number H60-L04C675B810.

Among the new Marshmallow features, there’s Doze, Google Now on Tap, new app permissions, and more. The Honor 6 Android Marshmallow update is rolling out slowly and gradually, so if you haven’t received the OTA update notification, have patience and wait for it. You can manually check for the update through the Settings menu. But do remember to connect the phone to a Wi-Fi network before updating, or all your mobile data will be eaten up.

How many of you have received the update? Comment below.