MobiPicker
News Huawei Honor 5X Launching in Europe on the 4th of February
Share on Facebook
Tweet on Twitter
Deal Alert: 49% Off on ExpressVPN
Touted as #1 VPN in the world, ExpressVPN is now offering 49% off & an additional 3-months of service on its annual plans.

The new Huawei Honor 5X will be launched in Europe on February 4, 2016, three days after its first appearance in the United States.  Its commercial debut in Europe is taking place at a live event scheduled at 2:30 PM (GMT), and the event shall last 7 hours. 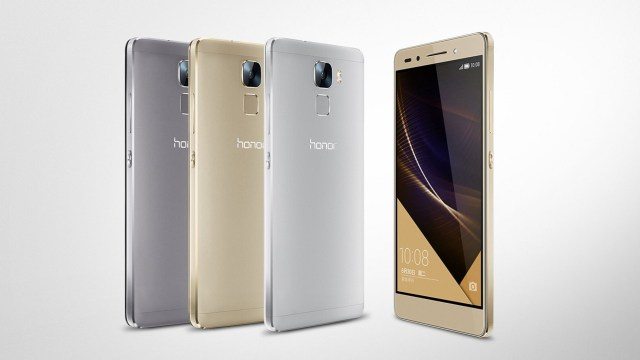 People are getting more interest in cheap handsets that offer them a set of varied features at a low-cost, which is what Huawei does very well. If you are looking for a cutting edge handset, the Honor 5X is definitely not for you; it is a rather modest device compared to other popular devices such as Samsung Galaxy S and Apple iPhone. You should not expect miracles from a $200 handset. But you can expect a 5.5-inch display with a full HD (1080p) resolution, a Qualcomm Snapdragon 615 chipset with an octa-core 1.5GHz CPU, 2GB or 3GB of RAM, dual-SIM functionality, a nifty fingerprint sensor, and a metallic design.

The smartphone comes with Android 5.1.1 Lollipop out of the box, but will receive an update to Android 6.0 Marshmallow as well as regular security patches.

Huawei has already listed the Honor 5X on vMall, European online store, which you can use to register and get a discount offer. Simply enter an email address and get a promo code for the handset which could amount to a £20 with an additional £10 discount. This discount is valid in nine European countries which are U.K., Germany, France, Italy, Belgium, Spain, Portugal, Netherlands and Switzerland.

“Honor 5X is a no-nonsense smartphone that delivers all the essentials millennials want and need in a device.”