Huawei has tasted a lot of success with its competitively priced, feature-packed smartphones and has earned a respectable position in the smartphone market. One of the highly successful Huawei phones was the Huawei Honor 4C. The phone was priced at 799 Yuan (around US $125) and earned a great fan-following in the Asian market.

However, not everything was great about the smartphone; its 8GB internal memory was just not enough. While the Honor 4C fans praised the phone for its value for money, they did not refrain from complaining about its meager internal memory, which did not go well with the demand for having a lot of apps installed.

It seems like the low internal memory was a cost-cutting move, but Huawei has nevertheless realized its mistake. The company announced that it will be upgrading the internal storage of the Huawei Honor 4C and will be launching it as the Honor 4C Plus. 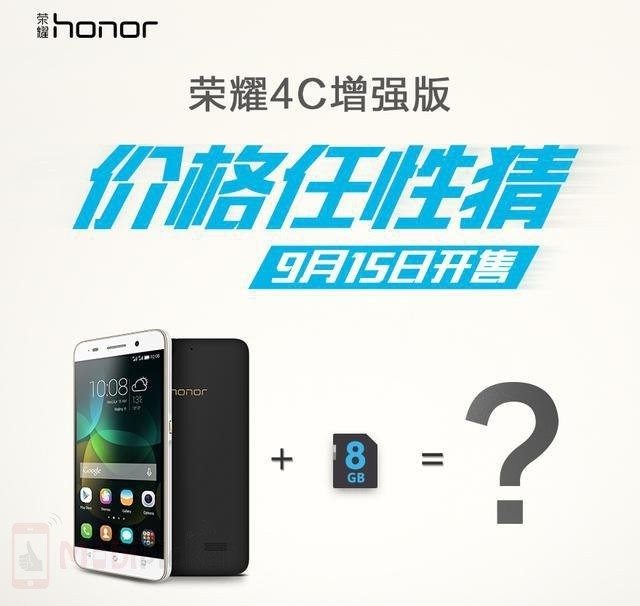 This comes as a great news for prospective buyers who were holding themselves from buying the phone just because of its low internal storage. Now that the Huawei Honor 4C Plus will have 16GB of internal storage, the phone will surely sell like hot cakes.

The official price is scheduled to be revealed on September 14. We expect the Honor 4C Plus to cost exactly the same as the Honor 4C, but anything can happen.

The Huawei Honor 4C Plus will reportedly go on sale on September 15, so it is just a matter of a few days before we’ll get to know whether the old Honor 4C will be discontinued or not.