Huawei has released the much-hyped Huawei P9 recently, but it seems like the company is not going to stop soon. The Chinese smartphone giant has announced today that a new G-series model called Huawei G9 is all set to release on 4th May, which is just next week. It is being said that the G9 is a lower-specced version of the Huawei P9. 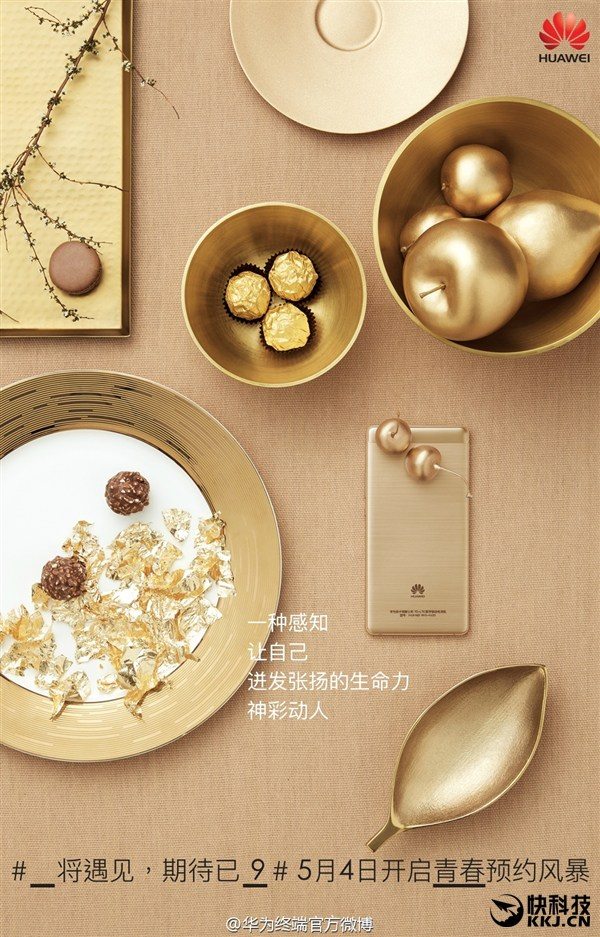 Some pictures of the phone from TENAA have been found by MyDrivers. The specs are not revealed completely, but the images do show the design. Even though the shell is similar to the P9’s body, it looks like the Huawei G9 will get a plastic body. The G9 will be available in White, Gold, and Black colors and will weigh 143g with a thinness of 7.5mm thin.

The G9 gets the same 5.2-inch FullHD screen but is powered by the new Kirin 650 octa-core processor that uses 16nm technology. Clocked at 2GHz, the CPU is couled with 3GB of RAM. There’s a single 13MP camera at the rear and an 8MP snapper at the front. The phone is juiced by a 2900mAh battery and sports fingerprint scanner at the back. The phone is running EMUI based on Android 6.0 Marshmallow.

It is being said that the Huawei G9 will be priced at 1688 yuan (around 260$), while an advanced version of the phone will cost 1988 yuan (around 307$). The launch date is just around 4 days to go, so all other details will be revealed soon. Stay tuned.