In an exclusive report a few days ago, we had told you that the Huawei Mate 8 might come with Android 6.0 Marshmallow pre-installed on 26th November. Well, thanks to a new leak, the rumor has now been confirmed.

A new leak from China has confirmed that the Huawei Mate 8 will be carrying the latest Android 6.0 Marshmallow firmware with the company’s own EMUI 4.0 skin on top of it. If we take a more careful look at the image (below), it can easily be noticed that the device in the picture is quite big and can be the 6.2-inch variant of phone. The screen is expected to get a QHD resolution. 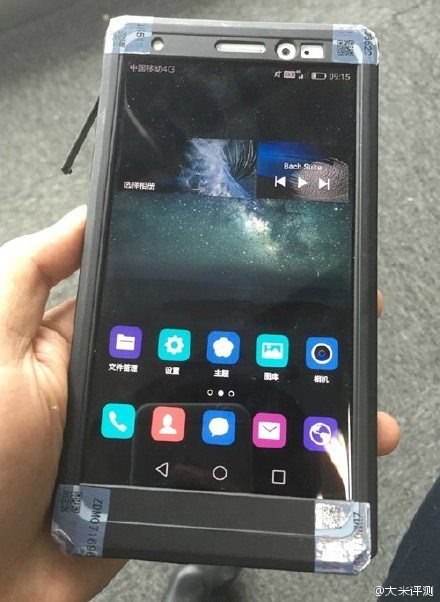 The Huawei Mate 8 will reportedly come in three different variants, the smallest of them carrying a 5.5 to 5.7-inch display. It will obviously be getting the latest Kirin 950 SoC, and is expected to flaunt up to 4GB of RAM and 128GB internal storage. A 16MP primary camera is also in tow.

Though the device is expected to be unveiled on 26th November, Huawei hasn’t made anything official. The phone is expected to carry a price tag of more than $500. The countdown has started. Are you excited?