VR headsets require for the user to connect them to the computer via cables, meaning that you never are really free when using a VR headset, always having a leash in the form of cables connecting the headset with your rig. HTC made cables redundant with the latest Add-On for its Vive VR Headset called TPCast. 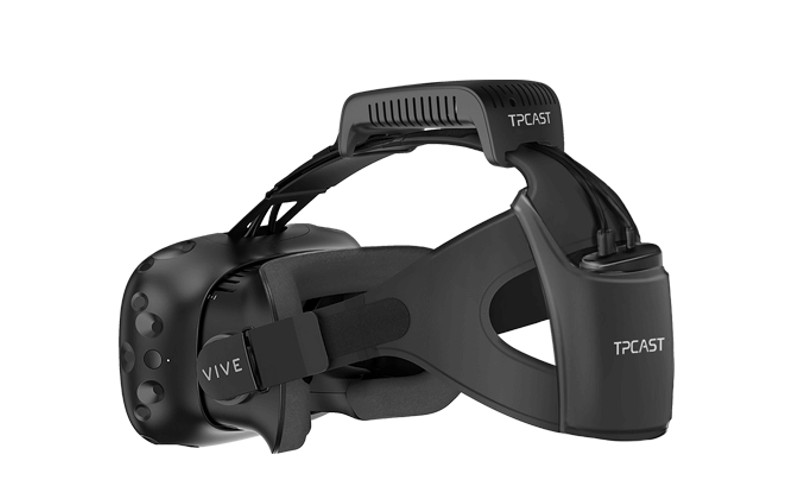 The add-on was announced silently during last month, and now HTC is showcasing the device at CES. The TPCast was made by a startup which is a part of HTC’s Vive X startup accelerator program. For now, the add-on is only available for preorder in China, but the company stated that it will soon become available in other markets around the world.

Wireless VR sounds cool, but the cables are still needed because of high bandwidth requirements when using a VR headset which can’t be fulfilled by today’s mainstream wireless standards. But it seems HTC managed to construct a device that actually works, that’s able to send the data without cables. A report by The Verge reads that “the TPCast works without much, if any, noticeable lag. There were occasional skipped frames, but that could have been down to tracking interference in a crowded demo area.”

If the device manages to transfer the data without lag in a household setup, it could completely change the world of virtual reality. Just imagine, the whole house could become one large VR playground. Issues are present, though. The main problem with the add-on is its two-hour battery life, with the battery being connected to the TPCast via cable, meaning that the add-on isn’t completely wireless since you’ll have to carry the battery with you.

Making VR wireless is an important step in shifting the technology from the prototype phase into a mainstream product ready to be used by anyone, not just tech enthusiasts. HTC also revealed the Vive Tracker, allowing developers to track objects in virtual reality much easier than before. HTC has plans in store for the VivePort app store, that the company calls a “Netflix for VR,” a subscription model for VR apps and games.

TPCast will launch worldwide during Q2, 2017. The device sports a price of $249 and will come with a battery pack that should add five hours on top the two-hour battery life of the device.