Based on rumors, HTC is working on an 8.9-inch tablet, dubbed the T1H. It’ll most likely be joining the HTC One M9 Plus in an official unveiling in Beijing next month, but the venue and date are not confirmed yet.

A specs sheet for the T1H has fell through the cracks, along with an alleged live picture of the unit which appears strikingly much like the One M9, just a lot larger. As stated by the gossip, the forthcoming tablet will quantify 228.35millimeter x 153.67millimeter x 7.88 millimeter with an 8.9-inch QXGA 2048 x 1530 pixel screen. 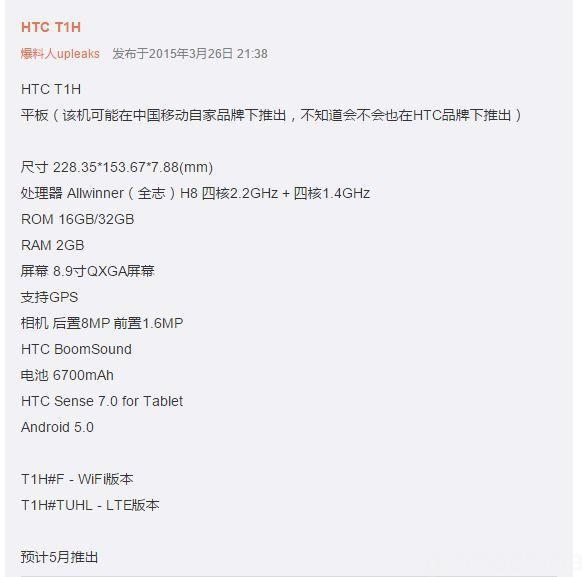 Interestingly, HTC have chosen an Allwinner chipset instead of Mediatek or Qualcomm. The processor in question is the octa-core Allwinner H8, which is constructed utilizing a 28mm production procedure and features the PowerVR SGX544 Graphics Processing Unit. Other specs include a 16/32GB built-in storage, and a 2GB of RAM. 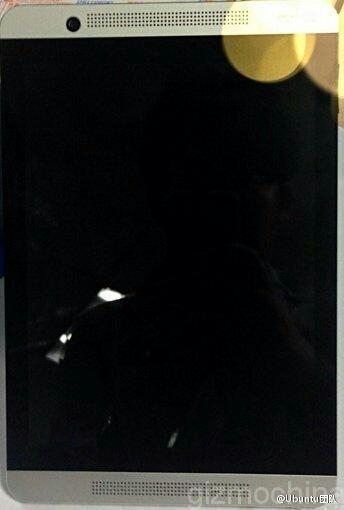 In Camera department, the tab consist of an 8 megapixel snapper on the rear along with a 1.6 megapixel front-facing.

The HTC T1H will be powered by a huge 6,700 mAh battery and should run Android 5.0 Lollipop out-of-the-box with the HTC Sense UI on top.