HTC has sent out invites to Indian Media for its Unveiling Brilliance event on April 14th. The invite reads “Brace yourselves as we get ready to showcase the most exciting revelation in the history of smartphones”, which indicates that the HTC is talking about none other than its latest flagship One M9. 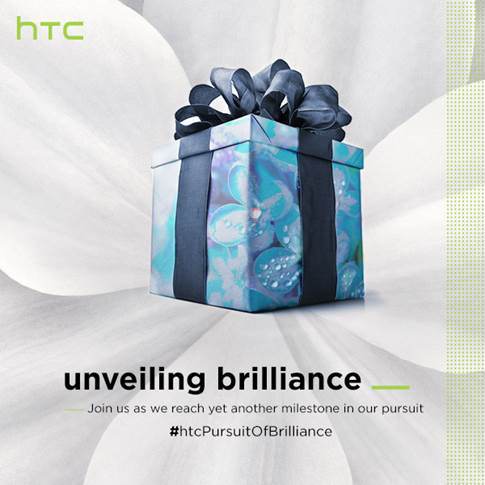 HTC One M9 is very similar to One M8 in appearance, however it comes with improved and latest Qualcomm’s Snapdragon 810 chipset with 3GB of RAM. It is build with 5.0 inch 1080p FHD display and packs 32GB expandable storage. The One M9 features a 20 megapixel rear snapper with dual-LED flash and a 4MP Ultrapixel front shooter. The phone has a 2,840 mAh battery and runs Android 5.0 Lollipop with Sense 7 UI on top.

HTC One M9 will be available in gunmetal gray, dual-tone silver and rose gold, single-tone gold and dual-tone gold and pink colors. We should learn the availability and pricing details on its unveiling day on April 14.

HTC has also announced One M9+ with 5.2 inch display and fingerprint sensor at Beijing.