Even though HTC One A9 is already here, fans are still looking out for the next possible HTC smartphone. It’s quite possible that the next one will be the One X9. And even though we haven’t heard much about it, it’s already making a bit of a hype from the shadows amongst the dedicated tech tipsters.

Initially, it was believed it would be a MediaTek Helio X20 powered high-end handset. But later on there were some hints about its specs, which made it more of an upper-midrange device, supposed to arrive shortly before the One M10 flagship. There hasn’t been any information regarding its appearance and design, except for one press render. 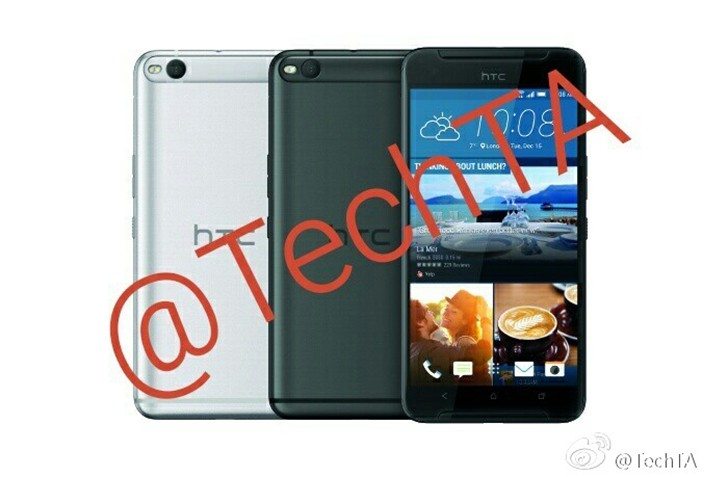 This brand new image was leaked on the Chinese social media website, Weibo, and matches the X9 design which was leaked initially. The distinct pair of groves on the front of the device can be seen in both renders, but the new one also offers a peek at its back. It seems to have a prominent strip for the camera module, and looks a little thicker than the rest of the unit’s body. The bottom antenna line is visible enough, which teases a metal body. Anyway, it doesn’t seem that X9 has an Apple-inspire design as rumored. 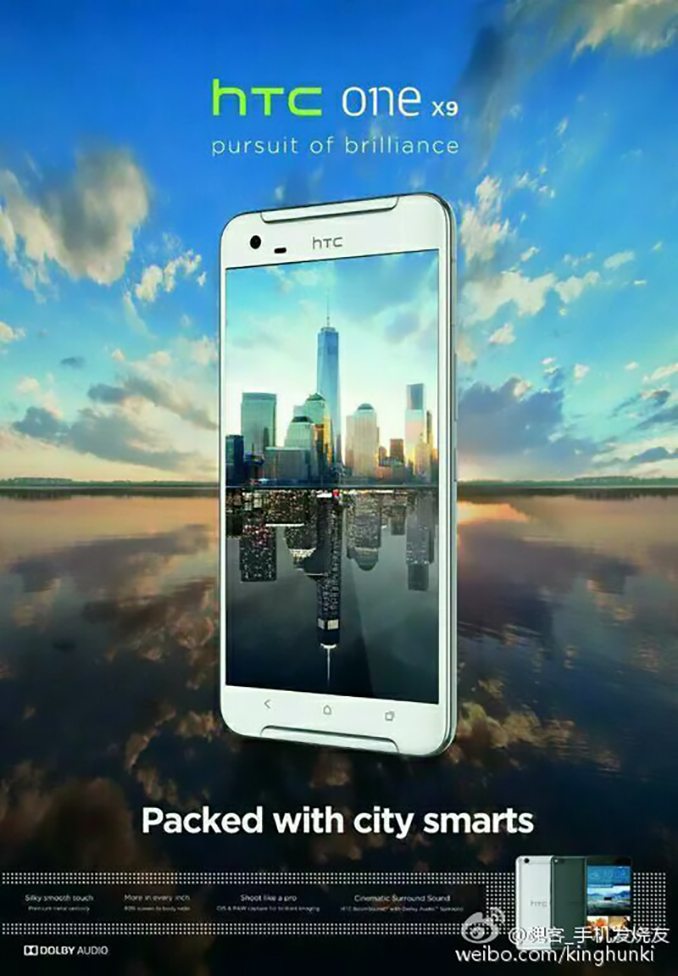 Regarding the specs, we don’t know much, but the handset, model number E56 will likely be having a 5.5-inch FHD display, and will carry a 3000mAh battery. It will have 2GB of RAM and 16GB of internal storage, and a camera combination of 13MP/4UP. We suppose it will be launched in Q1 next year, maybe 2-3 months before the HTC One M10 flagship.