The Taiwanese smartphone maker HTC has indeed introduced its best model yet with the HTC 10 flagship, but now is the time to shift the focus towards another new phone, the HTC One S9. The phone has just been announced in Germany and is a mid-range smartphone. It gets a traditional elegant metal body HTC is known for along with those familiar dual speakers on the front of the phone. 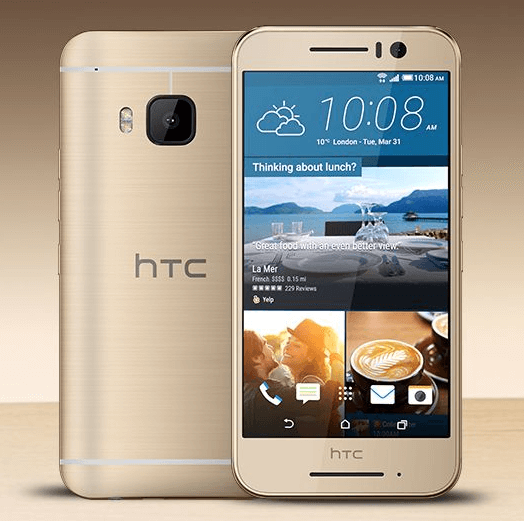 The HTC One S9 is technically quite up to date but has just not quite reached the top of the flagpole in terms of equipment. The device has a 5.0 inch SuperLCD display with a cover of Gorilla Glass and a resolution of 1920×1080 pixels. The speakers, as we mentioned, sit on the top and bottom of the front unlike the HTC 10. Under the hood, the MediaTek MT6795 Helio X10 Octacore SoC powers the phone with eight cores ARM Cortex-A53 cores clocked up to 2.0 GHz. It brings a PowerVR G6200 GPU with it.

The S9 has got 2 GB of RAM and 16 GB of onboard storage that is expandable via microSD. It gets a 13MP rear camera with OIS and 4K video recording, and a 4MP UltraPixel camera on the front. It gets NFC and a 2840mAh battery that should last one day on normal use.

The HTC One S9 will go on sale in Germany from mid-May will be available in Gray/Black, Gold and Silver-Gold colors. The official price is 499 euros, which is however relatively high for a device with such equipment, especially if the selected CPU and the amount of memory
look at. We don’t yet know when the One S9 will reach other markets, but we will keep you updated.