MobiPicker
News HTC One M9 up for pre-order in the UK, SIM free priced...
Share on Facebook
Tweet on Twitter
Deal Alert: 49% Off on ExpressVPN
Touted as #1 VPN in the world, ExpressVPN is now offering 49% off & an additional 3-months of service on its annual plans.

Since MWC is over, the eagerly awaited flagships of 2015 has started to come out of the stores. UK retailer Carphone Warehouse has recorded the HTC One M9 for preorder at GBP580. Last week, it was listed for pre-order in Germany for €750. 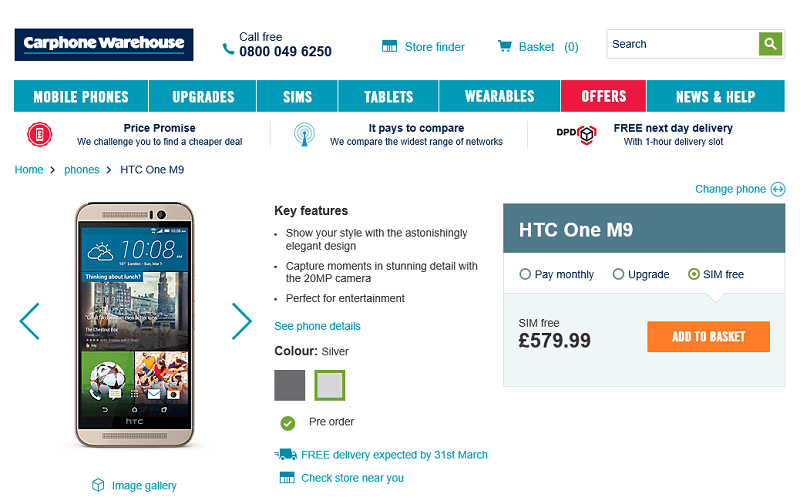 You get an entire listing of carrier contract plans beginning at GBP30.50 per month for two years, but with a high-priced strategy, of course. Purchasing the One M9 with contract gives you a totally free Dot View case, not with the SIM-free transaction.

The One M9 carries developments over the forerunner in a number of sections that ought to warrant the upgrade. Mainly, HTC left the UltraPixel theory for the primary camera, instead choosing a standard 20.7MP sensor. The specs are also matched with the required standards for this competitive year with a 3GB of RAM and Qualcomm’s Snapdragon 810 chipset. You could refresh yourself with full specifications here.

Otherwise, in terms of design, it is substantially the exact same smartphone as One M8. The screen stays at 5 inches and 1080p, contrary to popular styles of cramming QHD resolutions. The One M9 runs Android 5.0 Lollipop out of the box, but on the other side, One M8 has also been updated to Lollipop internationally, so they are equals in software terms as well.

The One M9 should reach to you expectedly by March 31.