Samsung’s latest flagship phone, the Galaxy S6 and Galaxy S6 edge, along with the HTC One M9, are now available for pre-order from Verizon Wireless in U.S. All the three devices will be shipped beginning April 10. 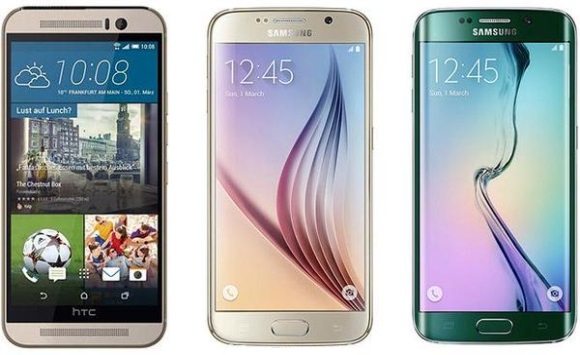 Both 32GB HTC One M9 and 32GB Samsung Galaxy S6 are priced at $200 on a standard 2 year contract and $600 without contract. The phones can also be taken with 24 months installment of $25 on Verizon Edge plan.

The 32GB edge variant will set you back $300 with 2 year contract and $700 sans contract. In case you want to purchase it with Verizon Edge, you will have to pay $29.16 monthly installment for 24 months.

The higher storage variants from Samsung are also up for pre-order.