MobiPicker
News HTC One M9 available for pre-order in Germany
Share on Facebook
Tweet on Twitter
Deal Alert: 49% Off on ExpressVPN
Touted as #1 VPN in the world, ExpressVPN is now offering 49% off & an additional 3-months of service on its annual plans.

Just two days ago, the HTC One M9 was announced at MWC 2015, and the smartphone is now available for pre-order in Germany. The phone is listed on HTC’s official store in Gold-on-Gold version for €750, while the other versions Gunmetal Gray and the Gold-on-Silver will be available starting March 31. 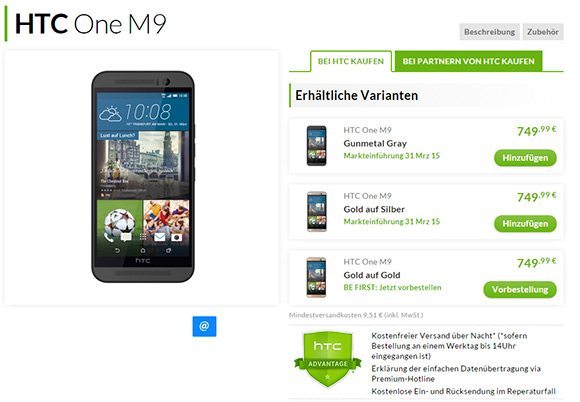 This time, HTC is offering the HTC Advantage initiative in Germany, which was earlier available in the US only. The program offers you an overnight shipping for every order placed before 1400h, and that is free. Further, it helps for transferring your content from your old device through a premium hotline. Additionally, there will be free pick up and delivery, in case of repairs. 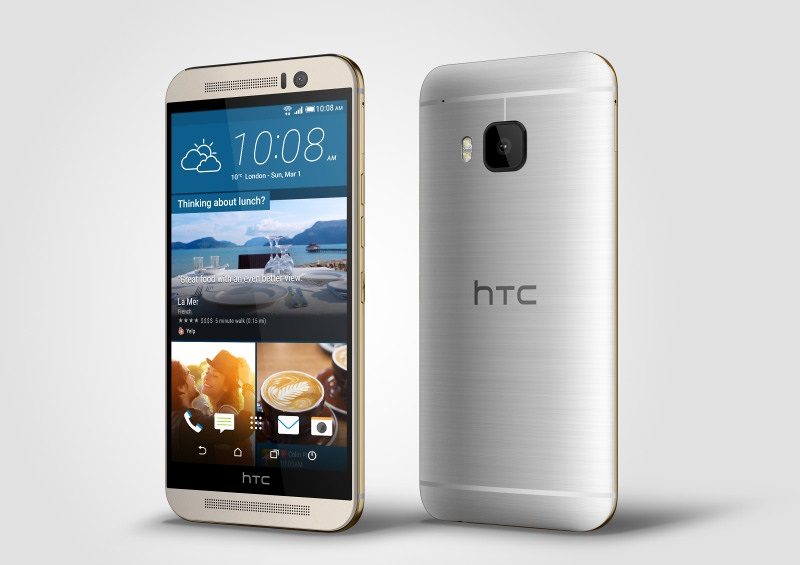 The smartphone runs on Android Lollipop. You can also check full specifications of HTC One M9.