MobiPicker
News HTC One M8s launched with 13MP camera and Snapdragon 615 SoC
Share on Facebook
Tweet on Twitter
Deal Alert: 49% Off on ExpressVPN
Touted as #1 VPN in the world, ExpressVPN is now offering 49% off & an additional 3-months of service on its annual plans.

HTC has revamped the last year’s flagship One M8 with a fresh processor and camera combination, dubbed HTC One M8s.

The new phone has 5-inch 1080p LCD screen and is powered by an octa-core 64-bit Qualcomm Snapdragon 615 central processing unit (4 x Cortex A53 at 1.7GHz 4 x Cortex A53 at 1.0GHz), paired with 2GB of RAM, unlike the Snapdragon 801 powering the One M8. There’ll be only one storage variant with 16GB expandable memory. 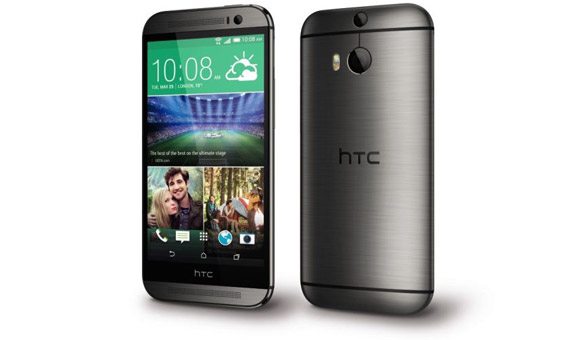 Interestingly, the Taiwanese company has replaced their traditional UltraPixel rear camera using a 13-megapixel sensor with F/2.0 aperture, and a wide angle 28mm lens, along with a 5-megapixel front-facing camera with F/2.8 aperture. The back camera still gets the secondary depth camera, which helps in post processing effects that were one of the greatest parts in regards to the camera use of One M8.

The battery has also bumped from 2,600 mAh to 2840 mAh with quick charge, also the mobile is not thicker as the maximum depth is 9.55millimeter, compared to the One M8 which is 9.35mm. The One M8s will support Cat.4 4G LTE connectivity and also offers the HTC BoomSound speakers situated on the front.

HTC One M8s is priced at GBP379.99 in the U.K. and will be available in three colour choices, i.e. gunmetal gray, gold, and silver similar to One M8.