MobiPicker
Android Software Update HTC One M7 Dual SIM getting Android Lollipop update
Share on Facebook
Tweet on Twitter
Deal Alert: 49% Off on ExpressVPN
Touted as #1 VPN in the world, ExpressVPN is now offering 49% off & an additional 3-months of service on its annual plans.

The HTC One M7 dual-SIM variant, which was launched in the August 2013, is now receiving the Android Lollipop update. It is not confirmed if the update is rolling-out globally, or in selected regions. 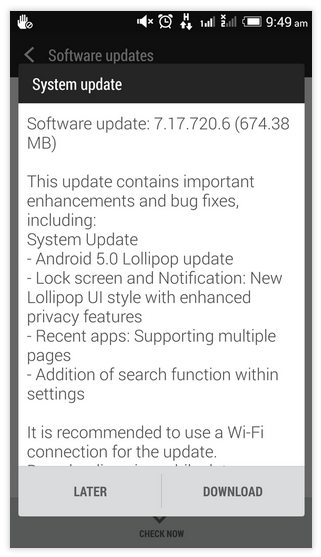 The update may or may not come to your device depending on your region. Luckily if your region is getting the update, just relax and wait for the update notification. Before starting the download, make sure your phone has 50% battery life and you are connected to Wi-Fi network to minimize data charges.

The regular version of HTC One M7 is already running Android Lollipop, which was updated back in March this year. It was also reported that One M7 will not receive further updates.