HTC One E9 continues to be in our gossip section for quite some time. It leaked with live images and specs numerous times, but as it turns out the apparatus that was leaked was truly another handset – HTC One E9+.

In accordance to popular tipster @upleaks, HTC One E9 (A53) will feature a 13 megapixel rear camera and 1080p display. There is no clear information on display size, however, it will be either 5 inch or 5.5 inch. 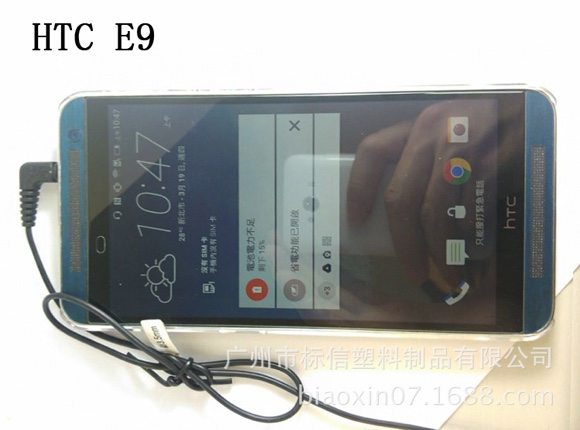 HTC One E9 Plus (A55) is the apparatus we kept meeting within recent weeks. It’s a 5.5 inch QHD screen, and is powered by an octa-core Cortex-A53 processor with MediaTek MT6795 chip. The One E9+ packs 3GB of RAM, and a 20 megapixel rear shooter.

Though it’s made from plastic HTC One E9 Plus is quite similar to rumored HTC One M9 Plus. Based on @upleaks One E9 and One E9 Plus will feature similar layouts made of plastic panels.

The phones were rumored to unveil in March, but this month is almost finished, they are likely to launch in April.