HTC One A9 was released a few months ago, and the phone got updated to the latest Android 6.0.1 Marshmallow firmware last month. However, that does not mean that the One A9 has got its share of updates for this quarter, as a new software update has been released for the device.

A Twitter user going by the name @Omran1982 has tweeted a while ago that the unlocked version of the HTC One A9 is receiving a new update now. The new software update comes with version number 1.57.617.10 and weighs 66.1 MB. The update comes with important enhancements that are meant to improve the overall user experience. 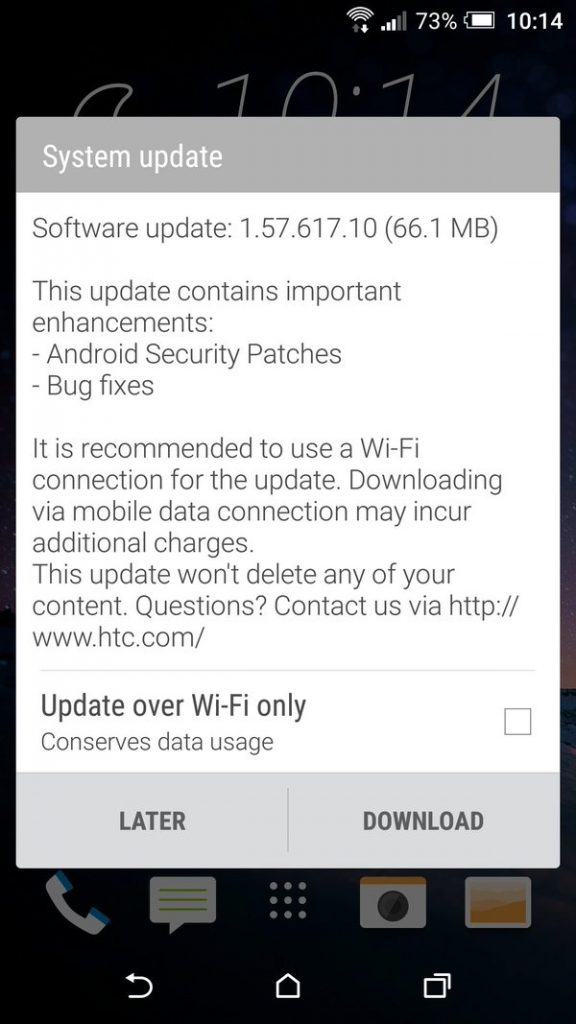 Firstly, the new HTC One A9 software update carries bug fixes, though we don’t exactly know about the issues that it will resolve. It also comes with Android security patches, which is very important for the phone to remain secure from hackers.

The Twitter user Omran1982 lives in UAE (United Arab Emirates). But as mentioned by him, the update has been released for the unlocked version of the One A9. This means that the roll-out is global and should reach all the A9 devices in a week. If you haven’t received the update notification yet, you can check it manually in the Software Update section of Settings.