2015 hasn’t been rewarding for HTC, thanks to unsuccessful flagship, financial troubles, and leadership change, which has affected the way HTC works. The HTC One A9 does not try to be another One M9 and performs a but differently, hinting at the way that HTC is going to take in the future. 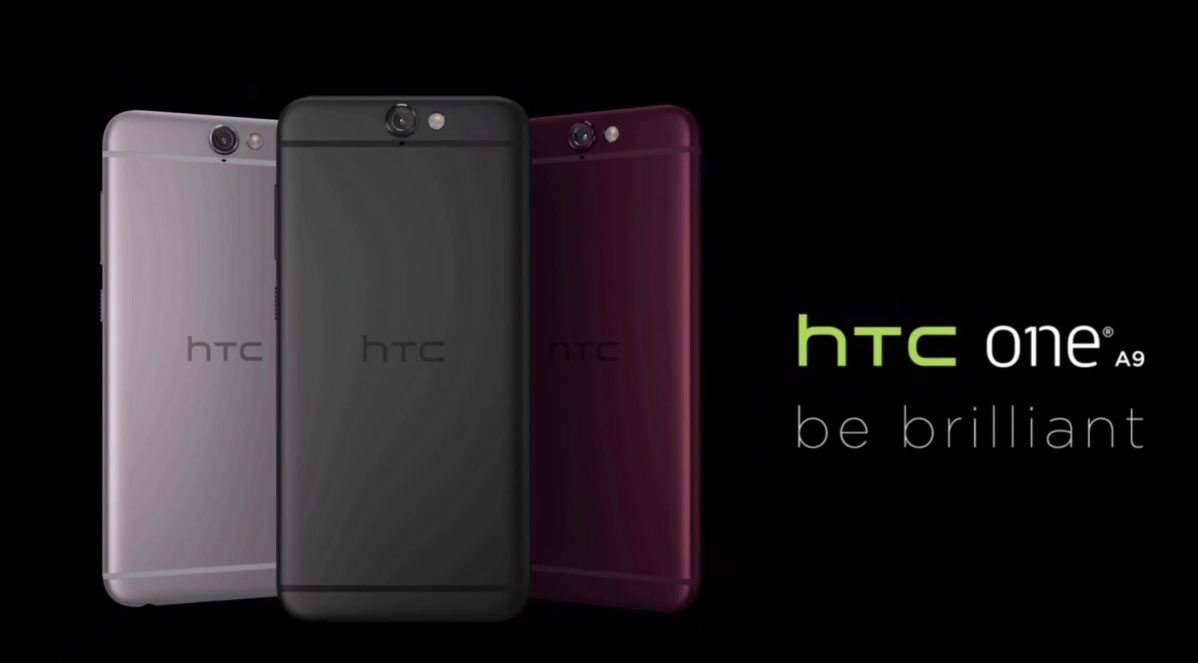 Design-wise, the HTC One A9 is a beautiful piece of metal, and the fingerprint sensor below its 5-inch display is a new HTC thing to see. Though hardware navigational keys are missing and Android’s virtual buttons have been employed to do the job. The screen-to-body ration of the One A9 is 67%, with the bezels being fairly thick. Overall, the phone has a smooth, rounded design and allows for a firm grip.

The One A9 gets a 5-inch AMOLED display with Full HD resolution that translates to a pixel density of 440 ppi, thus resulting in a bright, vivid, and sharp viewing experience. Carved out of 2.5D glass and covered by Gorilla Glass 4 protection, the display is fairly strong and rounds off uniformly near the corners of the phone.

Powering the HTC One A9 is a 64-bit Snapdragon 617 humming octa-core processor, with 4 cores clocked at 1.2 GHz and other 4 clocked at 1.5 GHz. Two variants of the phone will be sold in the market – one with 3GB RAM and 32GB internal memory, and the other with 2GB RAM and 16GB storage. MicroSD cards will be accepted in both the phones. The One A9 runs Android 6.0 Marshmallow from the factory with Sense UI on top of it, and buyers of the unlocked version from HTC’s website will be eligible for timely Android updates.

HTC’s UltraPixel technology has taken a break from the primary camera this time, and the HTC One A9 uses a 13 MP rear sensor with OIS and a nice manual mode too. The camera is capable of capturing RAW images, thus giving you the full control over editing. The front camera employs UltraPixel tech for great low-light photos, and we expect it to be a 4 MP sensor, similar to the one found in the HTC One M9.

If you loved the front-firing stereo speakers in the One Mx series, then you might be disappointed to know that the One A9 skips those great goodies. Yet, the phone has got BoomSound incorporated in its headset and accompanied by Dolby Audio surround technology to provide superior music listening experience. HTC will also sell the HTC Pro Studio Earphones separately for excellent sound reproduction and superior noise isolation.

Apart from a super-fast X8 LTE modem that will allow for download speeds of up to 300 Mbps and upload speeds as fast as 100 Mbps, the HTC One A9 gets a standard micro USB port instead of a highly-expected Type-C port. Though fast charging is indeed supported through the optional HTC Rapid Charger.

A worldwide release of the HTC One A9 through HTC and various retailers has been announced. An unlocked variant of the One A9 can be pre-ordered by U.S buyers in Carbon Grey or Opal Silver for $399.99, starting from 12:30 pm ET. You can get a 1 year UH OH program protection if you purchase the phone from htc.com, and this protection will cover accidental damage to your phone. Last but not the least, the HTC One A9 will provide you with a free 6-month Google Play Music subscription.