Just a few days ago, HTC sent out invites for an event on 12th January with just a letter “U” printed in white on a purple background. And today, we have more information on that, thanks to renowned tipsters, @OnLeaks. 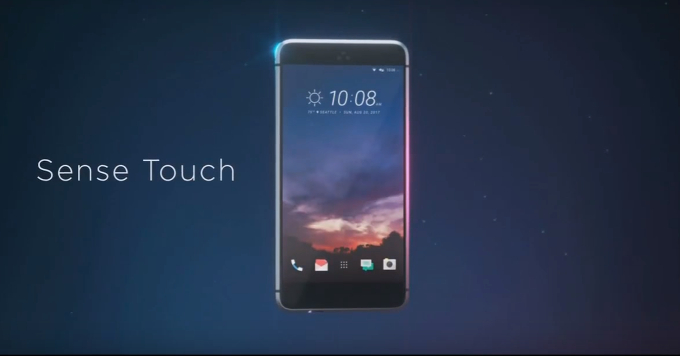 According to the leakster, the HTC Ocean Note from the rumor mills might actually be HTC U Ultra. @OnLeaks admitted that the source wasn’t verified, and also added that HTC U Ultra might be a 6-Inch phablet from the Taiwanese manufacturer.

The supposed phablet from HTC will also ditch the 3.5mm audio jack in order to maintain a slim waistline. On the back, you will find the hot favorite among smartphones OEM, the dual camera setup with a Type-C port on the bottom.

It’s worth noting that HTC Ocean Note too was rumored to come without an earphone jack. So, it might be that both HTC Ocean Note and HTC U Ultra portray the same device. The device will come in Black, White, and Blue color variants. It will be a dual-sim setup with Android 7.0 Nougat out of the box.

Other than the above device, HTC might unveil few more phones on 12th January. They might include the Ocean Smart and the Ocean Master. 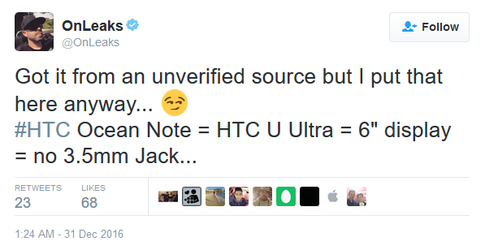 Nevertheless, it will be interesting to see what new HTC has to offer in 2017 after the less than innovative show last year.

Do let us know if you are comfortable holding a 6-Incher smartphone or not in the comments section below. 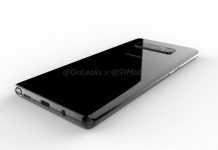