Well-known leakster @LlabTooFeR has revealed that Danelle Vermeulen, a product designer with HTC had leaked on her website that the Taiwanese company is working on three new HTC smartphone projects that are codenamed as Ocean Smart, Ocean Note and Ocean Master.

The smartphone with Sense Touch onboard will not have any physical buttons for power, volume or home key. These devices will come with touch-sensitive frame with touch sensors through which various operations can be carried out by tapping or swiping gestures.

For example, swiping on the right edge of the frame will enable Google’s voice assistant, or control the volume level in the music application or even function as camera shutter key.

In the leaked video by another leakster, Evan Blass, the Sense Touch on HTC Ocean will bring intuitive control, contextual UI and easy access to anything on the device.

More cool HTC stuff here (including the tablet that launched @evleaks): https://t.co/S3WaZkeog9
Check it out before it gets pulled! pic.twitter.com/YJwmZb0Sje

The HTC Ocean smartphone can be seen sporting dual camera at the rear side with LED flash. Its design looks similar to HTC 10, having glass in front with metal body, but the difference is that it will have touch-sensitive frame.

Since HTC Ocean does not feature physical buttons, it is likely like that the fingerprint sensors will be embedded under its display. The slots for SIM cards, microSD cards, and microUSB cannot be seen on the device. These features may be added in the final product.

Speculations have it that the concept models may never become reality as it has been created to demonstrate the Sense Touch feature. When 9to5 Google got in touch with Vermeulen for more details on the Ocean smartphones, she replied that the video showing the Ocean smartphones is “a conceptual piece and does not represent any real product from HTC,”

Even if the smartphones truly exist, the Taiwanese firm will not any information about them so early. Will HTC launch a new line of smartphones next year? It is yet to be confirmed. The Taiwanese company is known for announcing its new smartphones through Mobile World Congress event that is held at the start of the year. Hence, the new Ocean line is pegged to get unveiled through MWC 2017 event next year. 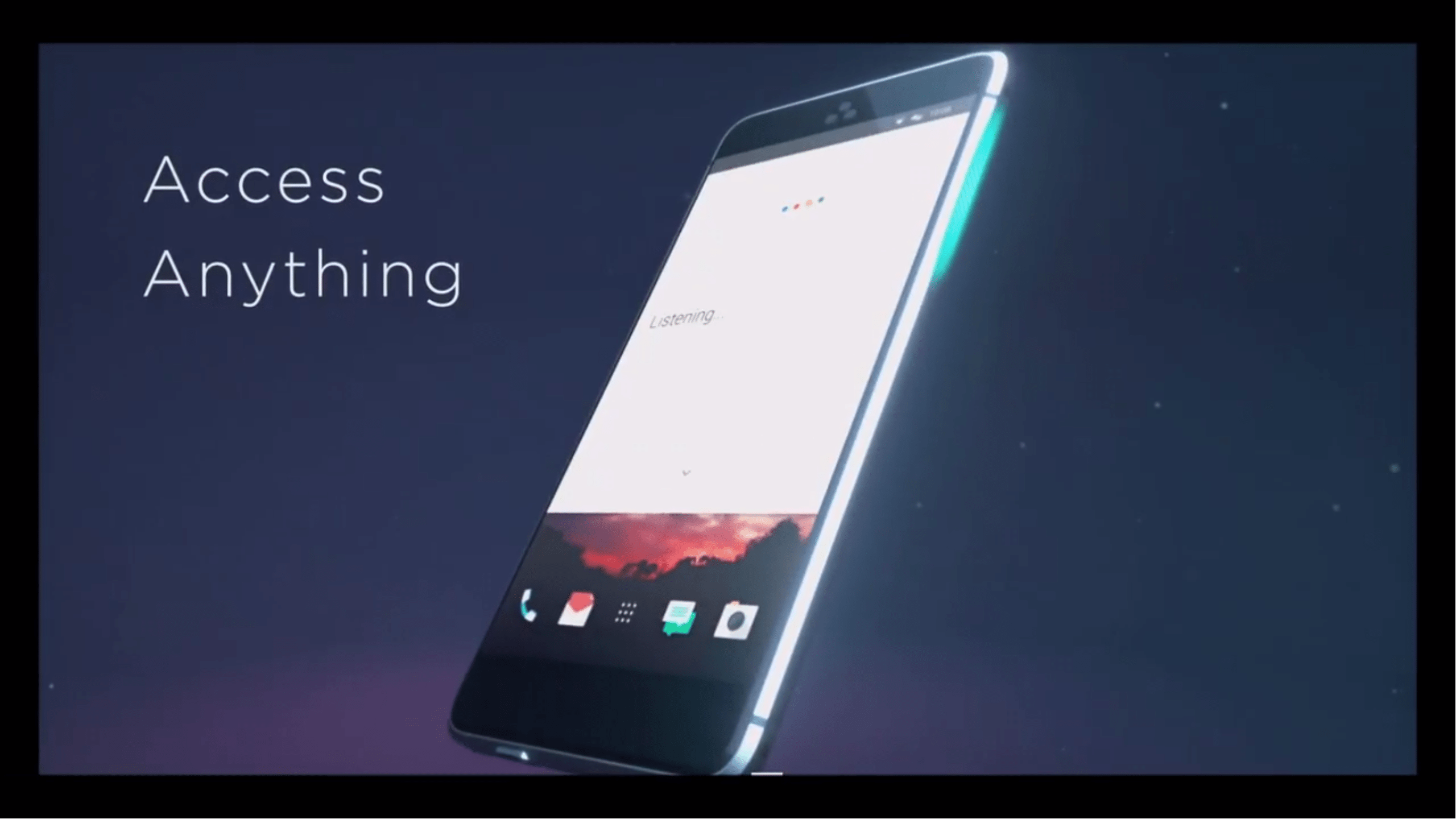 In this year, it had announced HTC 10 flagship in April. It has 5.2 inch Super LCD5 display with a screen resolution of 1440 X 2560 pixels. It is powered by Qualcomm Snapdragon 820 chipset.

It is available in two variants of internal storage of capacity like 32 GB and 64 GB with 4 GB of RAM. Its  memory can be further extended by up to 256 GB through a microSD card.

It comes with preinstalled Android 6.0.1 (Marshmallow) OS out of the box. It has 12 mega-pixel rear camera with dual LED flash and 5 mega-pixel front camera with HD video recording support. It is powered with 3,000 mAH capacity battery.