Popular Leakster @Onleaks and Android Authority have posted renders of what looks like a final design of the Nexus Sailfish smartphone offering a clear look from all possible angles. The device comes with Dual Stereo speakers that are placed on the either side of the USB Type-C port. You can also see the fingerprint sensor down below the rear camera. The good thing is that the device doesn’t come with a camera bump and sits comfortably on a flat surface. 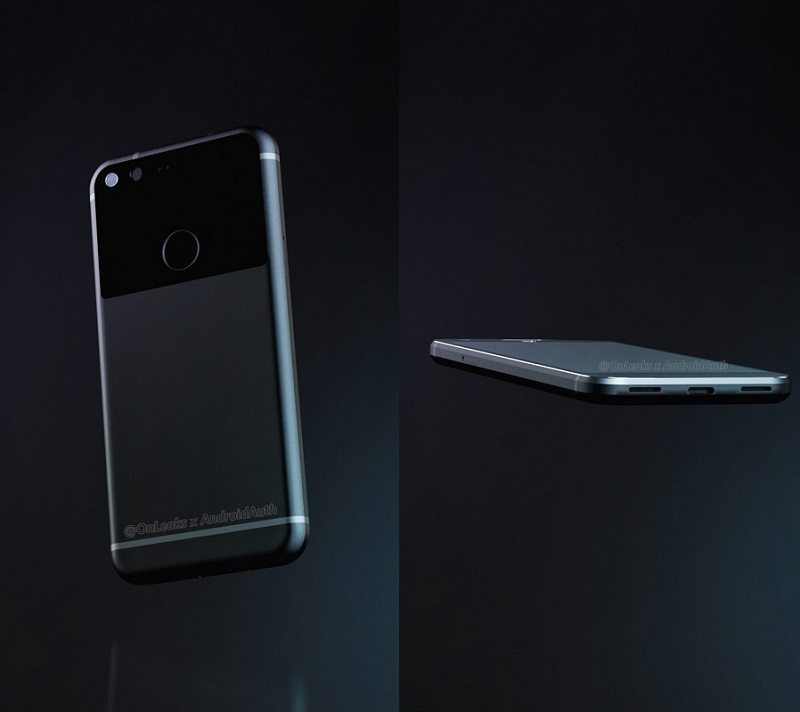 Keeping aside the device’s design, the HTC Nexus Sailfish sports a 5-inch display and is powered by 2.0GHz Quad-Core processor coupled with 4GB RAM and 32GB internal storage. It runs on Android 7.0 Nougat right out of the box.

In the camera department, the device features a 12-megapixel rear camera with LED flash and on the front, there is an 8-megapixel front camera for selfies and video calls. The device measures a  143.8 mm x 69.5 mm x 7.3 mm. Connectivity features include WiFi, Bluetooth 4.2, and USB Type-C port. A 2,770mAh battery is on board.