Even though HTC 10 failed to create magic, the company is all set to earn back the respect with Google Nexus 2016 smartphones. HTC and Google have signed up for the Nexus deal this year and the former is already working on two Nexus devices codenamed HTC S1 “Sailfish” and HTC M1 “Marlin”. Recent reports said that at least one of those phones, probably Marlin, will resemble the HTC 10 design-wise. Well, here’s a render for reference. 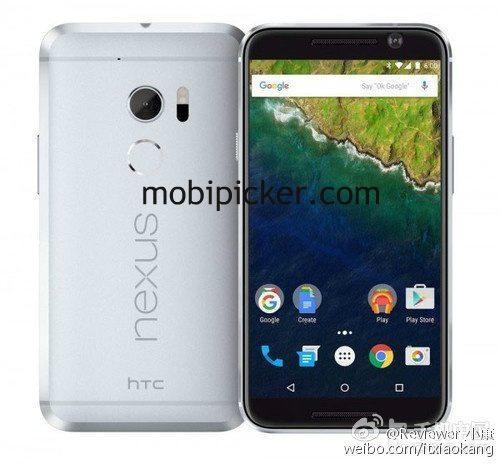 Of course, anyone who has seen the HTC 10 can say that this is a photoshopped render made to look like a Nexus phone. But that’s exactly the point. This render attempts to visualize the latest rumor that suggests that one of the HTC Nexus 2016 smartphones will look like the HTC 10. The new HTC Nexus Marlin render looks like a cross between HTC 10 and the Huawei Nexus 6P.

HTC is mainly known for the impeccable build quality and beautiful design that it provides in its smartphones. It will be interesting to see how far the manufacturer can go to improve upon its own HTC 10 design for the HTC Nexus smartphones. We can’t wait to see what design the other Nexus phone will carry if it won’t look like the HTC 10.

What do you think about this render? What changes do you suggest? Leave your comments below.