The long-rumored HTC One A9 aka Aero has been garnering a lot of attention online, thanks to the continuous leaks and rumors that keep pouring in every other day. We recently reported about new pictures of the HTC One A9 in different color variants. We thought that the One A9 was the only major phone that HTC was working on now, but thanks to the TENAA website, we are forced to think otherwise.

An unknown device called the HTC One M9e has showed up in the TENAA database and the specs look promising. As far as we can think of this phone, it can possibly be a variant of the HTC One M9+, which was recently mentioned by @LlabTooFeR for September 29th launch.  So it is quite possible that the device in question is HTC One M9e.

As seen on the TENAA website, the HTC M9e is a 4G LTE-enabled smartphone and measures 144.6 × 69.7 × 9.61 mm in dimensions and 157g in weight. It gets a 5-inch IPS display with a resolution of 1920 × 1080 pixels with 16M colors. The HTC M9e boasts of an octa-core processor clocked at 2.2GHz and accompanied by 2GB of RAM. Internal memory is 16GB and can be expanded up to 128GB with a microSD card. On the camera front, the HTC M9e sports a 13MP primary CMOS sensor at the rear which can record 1080p videos and a 4MP front camera for selfies. The smartphone gets Android 5.0.2 out of the box, though anything can change from now until the phone is launched.

The HTC M9e has specs that are junior to the M9+, so it will probably be a mid-range rocker. However there is nothing official as of now, so we need to wait for the 29th September event to know the surprise that HTC has in store for us. 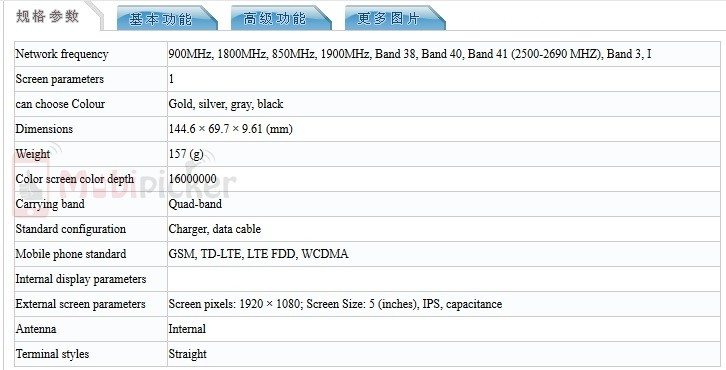 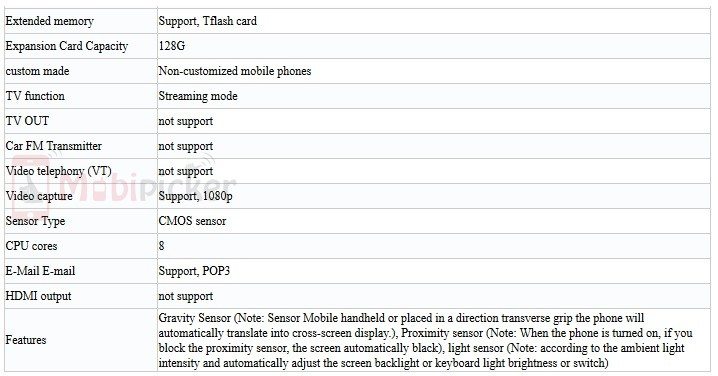