HTC has been quite active when it comes to announcing Android 6.0 Marshmallow updates for its older high-end phones. The company had recently announced that the HTC One M8 that came out in 2014 would be getting an official Marshmallow update. And today, we have got to know that another HTC smartphone from 2014 will be updated to Marshmallow. It’s the HTC Desire Eye that will get the Android 6.0.1 update soon. 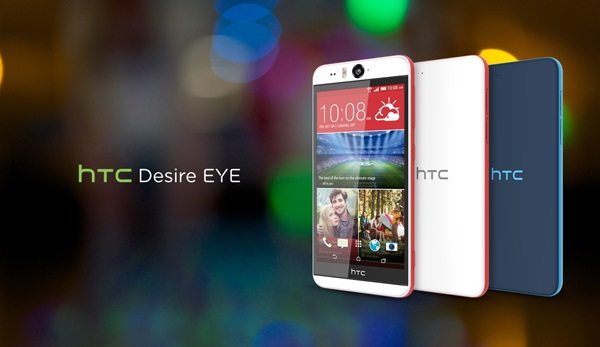 @LlabTooFeR, a HTC ROM developer, says that it has been confirmed that the HTC Desire Eye will be updated to Android 6.0.1 Marshmallow with HTC’s Sense 7.0 UI. Of course, no date has been given by the developer for the roll out of the update, but he did say that the update will come out “later this year.”

For those who don’t know, the HTC Desire Eye was launched in late 2014 and came with Android 4.4 KitKat. The phone now runs on Android Lollipop with the Sense 6.0 UI, which was provided to it in the first-half of 2015. The phone is still available on sale in a lot of countries, like AT&T is selling the phone in the US for $279.99.

The Android Marshmallow update for the Desire Eye will bring a lot of additions to the phone over Android Lollipop. Users can expect better battery life with the new Doze Mode. The Now on Tap featyre will offer contextual information, while individual app permissions will help you keep control of your phone.