HTC is working on broadening its mid-range batting order with one more device. We have received information via @upleaks on twitter about new upcoming HTC Desire 626 smartphone.

The upcoming phone, codenamed A32, is said to have a 5-inch display with 1280×720 pixel resolution. The company has developed two versions of Desire 626 with difference of CPU, chipset and RAM. 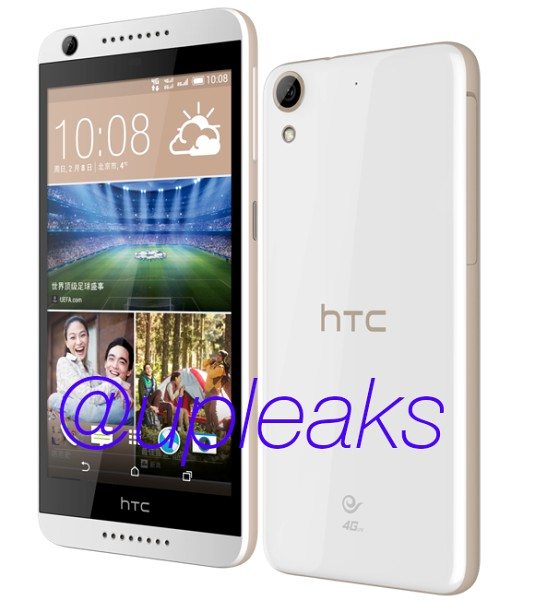 First version sports a Mediatek MT6572 chipset with an 1.7 GHz octa-core CPU, and 2GB of RAM. While, another handset is powered by the Snapdragon 410 with 1.2 GHz quad-core CPU and a 1 GB of RAM.

The duos come with a 13Megapixels primary snapper, and a 5Megapixels at front to take care of selfies.  The leaked images revealed that HTC Desire 626 lacks a flash at front. Both are having 16 GB internal storage that is expandable via microSD. In terms of power, only a 2000 mAh battery is placed at the back, which seems to be a negative part.

The HTC Desire 626 will run Android 4.4 Kitkat out of box, with a Lollipop update later on. Price and availability for the smartphone is not revealed yet.

These are early rumors and could not be authenticated for now. We will have a close eye on the device to get more and accurate details.