MobiPicker
News HTC Desire 526 and Desire 626 heading to Verizon Wireless in Coming...
Share on Facebook
Tweet on Twitter
Deal Alert: 49% Off on ExpressVPN
Touted as #1 VPN in the world, ExpressVPN is now offering 49% off & an additional 3-months of service on its annual plans.

From the last month’s inventory of HTC – the Desire 526 and the Desire 626 are coming shortly to Verizon Wireless in the USA. The carrier has confirmed that both the smartphones will be available for purchase beginning the next couple of weeks to post and prepay customers. 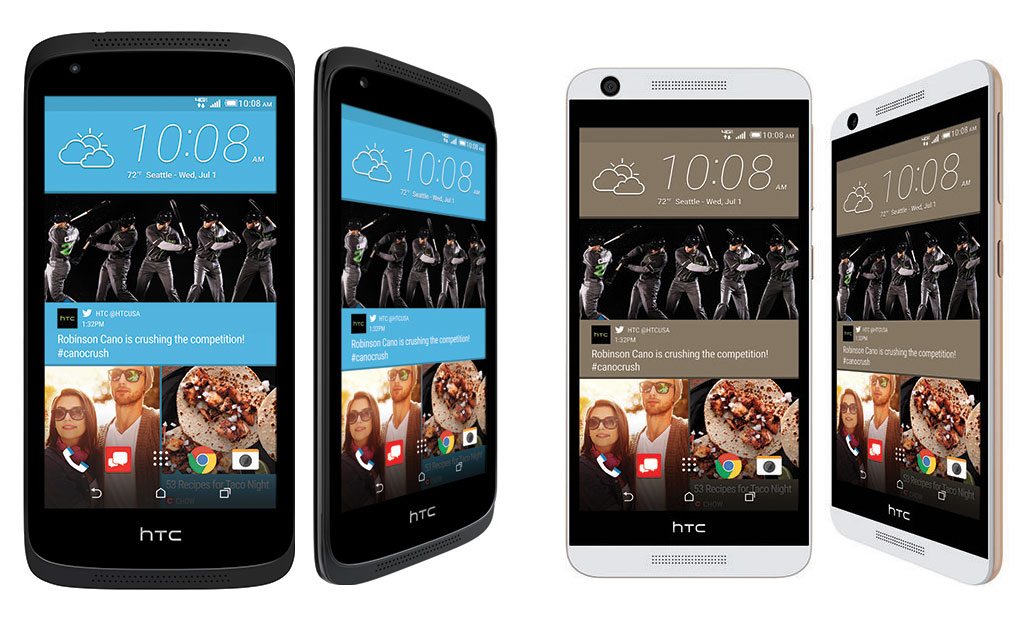 Powered by Snapdragon 210 chipset clocking at 1.1GHz, both the Desire smartphones are running Android 5.1 Lollipop out of the box, and features LTE connectivity.

The Desire 526 is the smaller variant among the two, with a 4.7-inch display and 540 x 960 pixels. It features 2MP front shooter, and an 8MP rear camera with LED flash. On the memory side, it has 1.5 GB of RAM, and 8 GB of internal storage with microSD card support. A 2,000 mAh battery keeps the lights on. The smartphone will cost US$ 120 off-contract.

The larger handset Desire 626 offers a 5-inch HD screen with 720 x 1280 pixels resolution. It comes with an 8MP rear camera, 5MP front shooter, 1.5 gig of RAM, 16 GB of internal storage (expandable), and a 2,000 mAh battery. The carrier has not yet revealed the pricing for Desire 626, but given to similar specifications of both the handsets, it shouldn’t cost much.