Those who are waiting for some good news from HTC have a sweet surprise in store for them. HTC has made two handset announcements as regards to their availability in India. HTC One E9+ Dual SIM and HTC Desire 326G Dual SIM are ready for pickup at stores all over India. As far as the pricing is concerned they are priced at the $575 (36863 INR) and $150 (9616/- INR) respectively. The strategy of the company is plain and simple for the Indian subcontinent. One model caters to the specs hungry power user who wants all and the other focuses on budget conscious entry-level unit who are gungho about the purchase of a new smartphone. 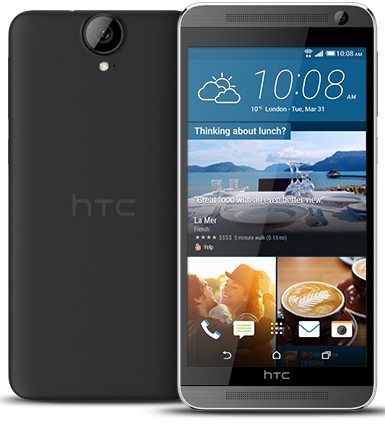 The HTC One E9+ Dual SIM as the name suggests has two SIM slots which is a welcome break. As far as the display screen is concerned it is a cool 5.5-inch one supporting a big resolution of 1440 x 2560. This spells out to a pixel density of 534ppi which more than you can chew. It supports 16,777,216 colors with a multi touch screen and features like Light sensor, Proximity sensor, Scratch-resistant glass (Corning Gorilla Glass 4). The 64-bit MediaTek Helio X10 (MT6795M) chipset which is supported by an octa-core 2GHz CPU and not to forget PowerVR G6200 GPU. RAM is on the higher side that 3GB which more apps and smoother playback of movies simultaneously without any hiccups. It has an in built storage of 32GB of which is expandable via a microSD slot to a whooping 128GB capacity. A 20MP shooter, with an f/2.2 aperture, is on back with features like back-illuminated sensor (BSI), Autofocus, Touch to focus, Face detection, Smile detection, Geo tagging to name a few. On the front of the phone you will find the same 4MP UltraPixel camera that you’ll find similar on the likes of HTC One (M7) and HTC One (M8). A 2800mAh battery promises a decent talk time of nearly 22hrs. The phone supports connectivity like 4G LTE, Wi-Fi and Bluetooth 4.1 along with navigation and GPS, A-GPS, Glonass positioning. 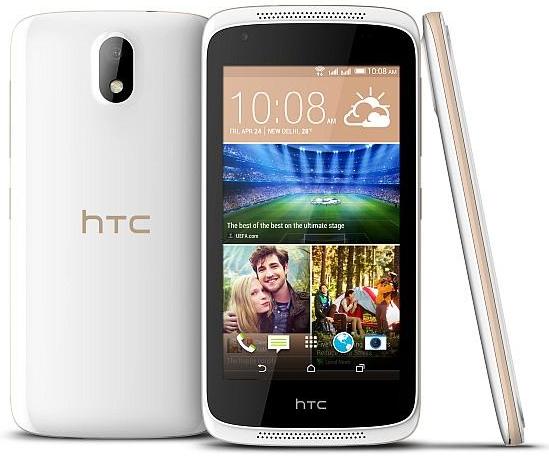 A far as HTC Desire 326G Dual SIM is concerned it comes with a slightly toned down specs in comparison to its high end sibling. It sports a 4.5-inch 480 x 854 resolution screen. A spreadtrum SC7731 quad-core 1.2GHz CPU and an internal 1GB AM. It offers expandable storage of 8GB. The rear-facing 8MP camera has 3264 x 2448 pixels resolution with features like autofocus, LED flash. On the front of the device is a 2MP shooter at 720p resolution that takes selfies and handles decent video chats. A Li-Ion 2000 mAh battery keeps the smartphone working and can go for 524 hours of standby time in 2G mode. Android OS, v4.4.2 (KitKat) is preinstalled. As far as connectivity options are concerned The Desire 326G Dual SIM supports 3G, Wi-Fi and Bluetooth. So whatare you waiting for grab one that suits your lifestyle.