HTC One M9 which has created a lot of hype in the market has not stand up to the expectation which is one of the reasons, that these days HTC shares are seeing the southwards direction only. Needless to say they badly need a new flagship to save the dooms day, and this has to be done sooner than expected. It looks like HTC has felt the same and is making efforts to release a new flagship soon.

Yesterday we have told about the upcoming HTC Aero which will launch as HTC A9. And today we have been tipped an alleged image of flip-side of the device, which has similar looks to an Apple iPhone from the back. Is it just the looks of iPhone which will adorn the upcoming device or features also giving a tough competition to Cupertino based manufacturer? 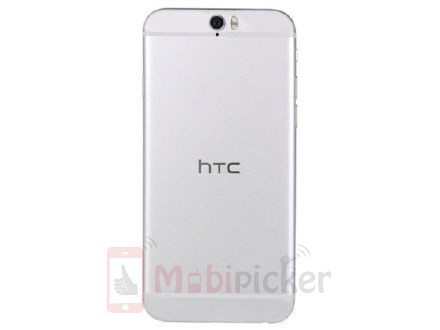 HTC is presumed to have a 5.5-inch screen along with a 4GB of RAM embodied into an all-metal body. HTC Aero or A9 as it is called now will have a MediaTex deca-core processor –Helio X20. The processor is likely to release in November this year. So, we can expect to see the HTC A9 on the market shelves in the last quarter of this year or first quarter of the next year.

Till now we have no more information on the configuration, and we have to wait for some time before this haze around the HTC’s upcoming flagship is cleared out. Till then take it with a pinch of salt and keep visiting MobiPicker.

Thanks for the tip, Liu Wei.

UPDATE: It looks like the alleged HTC A9 is nothing else but a photoshopped iPhone 6 with the deliberately placed HTC logo on the back and different rear camera position. This is the reason why the alleged HTC A9 was strikingly similar to iPhone 6. So we are still awaiting a genuine image of the HTC A9.