There is some good news for the HTC fans who have been eagerly waiting for the upcoming HTC flagship which will reportedly be named HTC 10.

Although almost none of the specs of the upcoming HTC 10 have been confirmed yet, but now thanks to the folks over at AndroidCentral, we can rest assured that this HTC flagship will deliver blazing fast processing speed.

They have just published a picture showing HTC 10’s AnTuTu performance benchmark. In the AnTuTu benchmarks, the HTC 10 sits at the top with a score of 156091, followed closely by Xiaomi Mi5 at 136875 points and Samsung Galaxy S7 edge at the third spot with 134599 points. 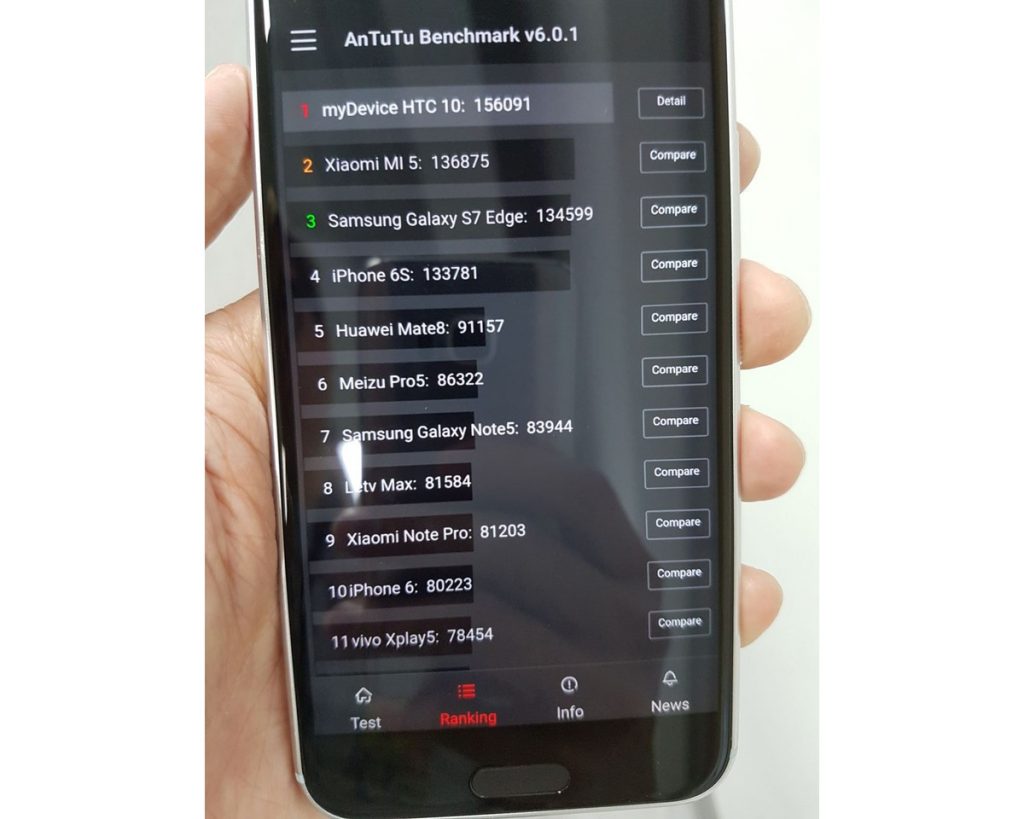 The Samsung Galaxy S7 edge and Xiaomi Mi5 are beasts of devices and the fact that HTC 10 has a slight edge even over these does raise our hopes even higher.

Sadly, the person who got these benchmarks was unable to get the spec configuration of the device and we’re still left to speculations. However, most reports suggest that the 10 will be powered by a quad-core Qualcomm Snapdragon 820 CPU along with Adreno 530 GPU and 4GB of RAM.

Rumours also suggest a 12MP rear shooter just like that in Samsung Galaxy S7, albeit without the dual pixel technology. Also, the HTC 10 will sport a USB Type-C port which should deliver amazing transfer speeds and a fingerprint sensor embedded on the Home button.

The device will pack a non-removable 3,000 mAh battery and will sport a vibrant 5.15-inch Super LCD 5 capacitive display with a stunning QHD (2560 x 1440 pixels) resolution.

These features are yet to be confirmed by HTC and we can’t wait for HTC to finally unveil this device next month. Stay tuned for more news and updates and do leave your comments below.