HTC has slashed prices for its flagship smartphone, HTC 10 in India. The premium handset is now priced at Rs 47,990. It was launched in April, at Rs 52,990. However, the HTC 10 is still expensive than flagship devices from Samsung and LG. HTC is notorious for unrealistic pricing of its products in India. It has to double back and reduce prices to sustain sales. It will also face tough competition from the newly introduced Apple iPhone 7 and Google Pixel smartphones. 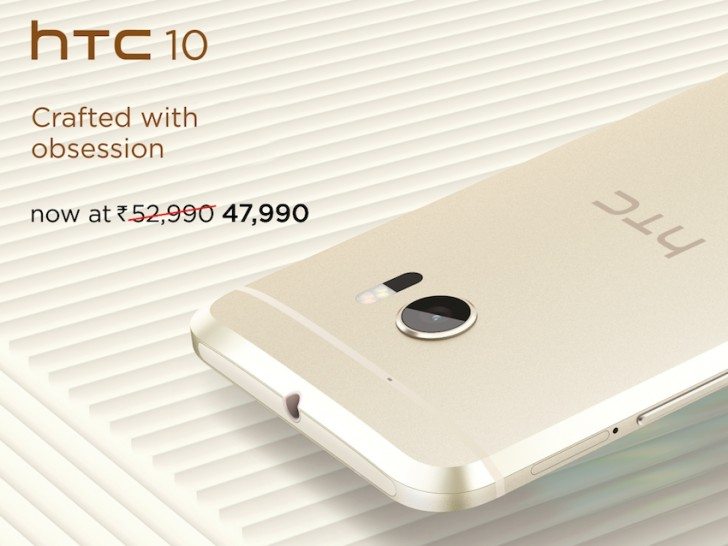 The HTC 10 sports a metal uni-body design. It features a 5.2-inch Super LCD5 display with Quad HD resolution and Corning Gorilla Glass 3 protection. The quad HD display that is 30 percent more colourful and that is 50 percent more responsive to touch than its predecessor. The flagship device is powered by a Qualcomm Snapdragon 820 processor along with 4GB of RAM. It comes in 32GB and 64GB internal storage [expandable up to 256GB expandable storage].

Despite bad pricing, the HTC 10 is a power packed smartphone with features like 4K video recording. It comes in Gray, Gold, Silver color options. The company is known for creating the first Android smartphone, the first Microsoft-powered smartphone. and the first Microsoft 3G phone. Founded in 1997, the smartphone manufacturer started designing some of the world’s first touch and wireless hand-held devices in 1998.