MobiPicker
News HSL Y501 Plus Features “Unbreakable” Display Just For Rs. 3,999
Share on Facebook
Tweet on Twitter
Deal Alert: 49% Off on ExpressVPN
Touted as #1 VPN in the world, ExpressVPN is now offering 49% off & an additional 3-months of service on its annual plans.

The Indian startup brand, HSL launched a new smartphone, dubbed HSL Y501 Plus, in India. The USP of the phone is its “hammerscreen” display, which directly place the phone in the category of Moto X Force. However, the Moto X Force will cost you around Rs. 40,000, the HSL Y501 Plus is much affordable and is available just for Rs. 3,999. Currently, the phone is exclusive to Snapdeal, and there is no word whether it will be sold in physical retail stores. 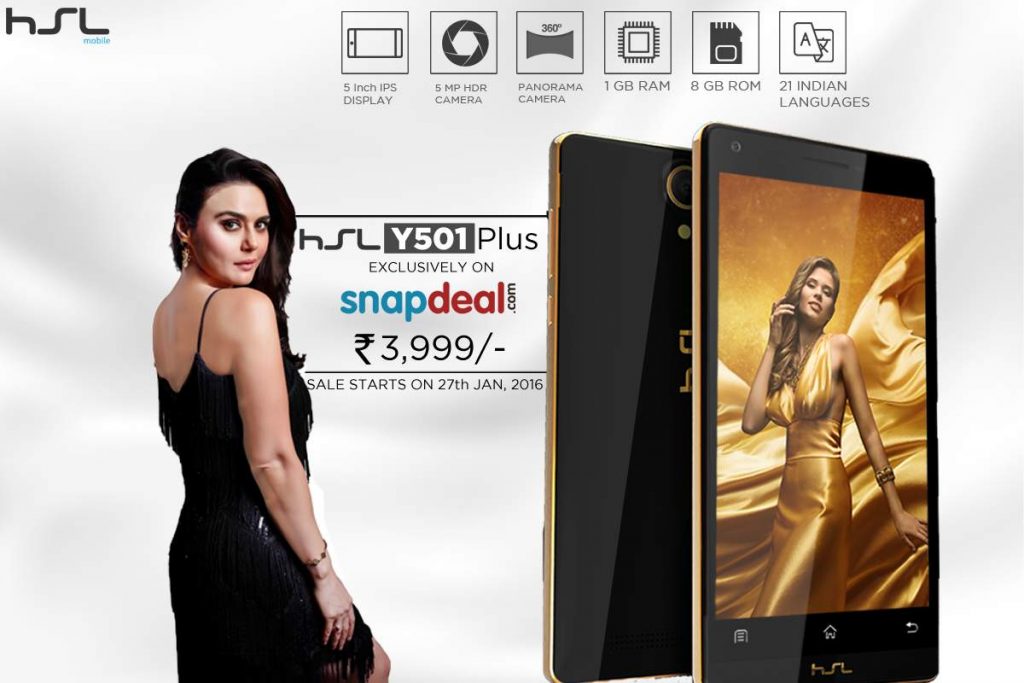 Specs-wise, the HSL Y501 Plus features a 5-inch HD IPS screen, and is powered by the 1.2GHz quad-core processor, coupled with 1 gig of RAM. Camera section includes a 5-megapixel primary unit along with a 2-megapixel front snapper. It measures 45.5 x 73 x 9mm, and weighs 143 grams.

Other features include 8GB of built-in storage (expandable up to 32GB), a 2,000mAh battery, and all standard connectivity features such as GPS, micro-USB, Wi-Fi, Bluetooth.

Confirming the launch, HSL Mobile India’s Naresh Yadav, Director-Consumer Experience said, “We are very happy to introduce Y501 Plus in India which is specifically designed and developed keeping Indian consumers’ need of vernacular languages solution & tougher screen at the center. Speaking about company’s India market strategy, he said, “In India, we have chosen to serve our customers via e-commerce to be able to be effective and efficient while being extraordinarily affordable. We rely on word of mouth and customer advocacy.”