MobiPicker
How To Mac Bluetooth Not Working
Share on Facebook
Tweet on Twitter
Deal Alert: 49% Off on ExpressVPN
Touted as #1 VPN in the world, ExpressVPN is now offering 49% off & an additional 3-months of service on its annual plans.

There were always issues on Mac with the Bluetooth connectivity. Several people have reported getting messages stating “Bluetooth not working”. It’s seen that Bluetooth problems are resolved to a large extent in macOS Sierra, can’t say it is fully perfect, though. It is often noticed that devices connected to Mac via Bluetooth undergo unstable connectivity. 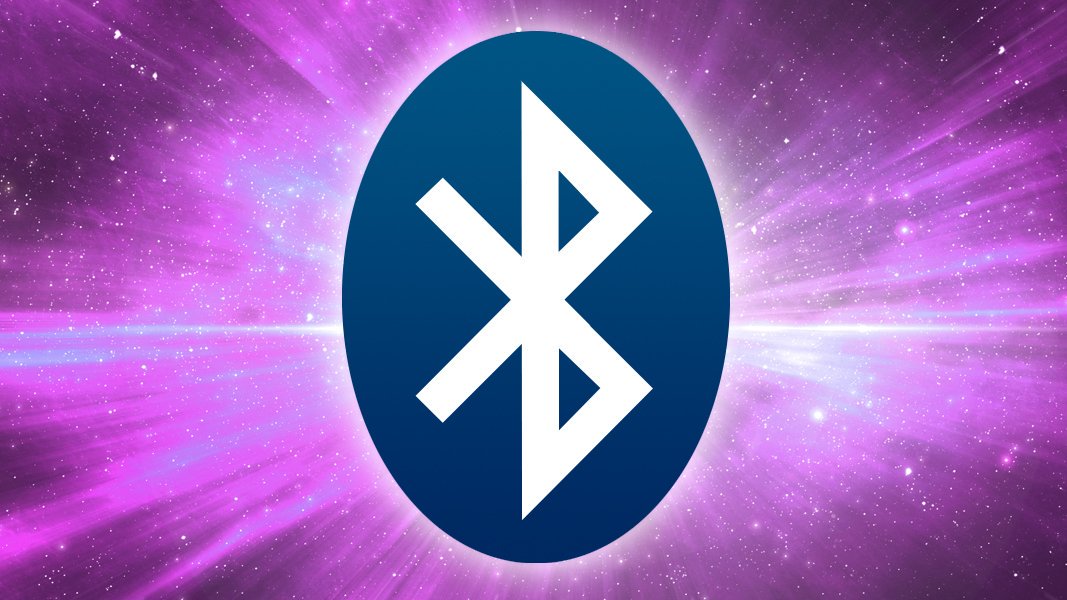 Why is there such an issue? Should this be reported or wait for another update? How to fix Mac Bluetooth Issues? Well, there are several easy methods to get your Bluetooth connection working on Mac. In case you face any Bluetooth connection issues on your Mac, just try these quick steps given below, hopefully, it’ll fix your problem right away.

There are least chances that you might have noticed, or may not even know about them, but, there are several files that are created by Mac to organize its Bluetooth connection with other devices. If you are facing Bluetooth problems on macOS, then this method is most likely to have the highest success rate. Keep calm, and follow the steps listed below. 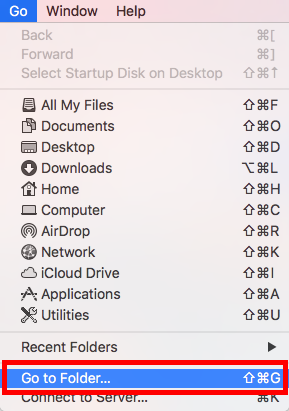 2. In the dialog box, type “/Library/Preferences/”, and press the Enter button.

3. Here you can find a file named “com.apple.Bluetooth.plist”. Now you got to delete that file.

4. Once you do that, click on Command + G, again and enter “~/Library/Preferences/ByHost/“. The “~” symbol indicates the User’s home directory, so you can also enter “/Users/username/Library/Preferences/ByHost/“. A directory opens up, where you will notice a file named “com.apple.Bluetooth”. (The name is followed by a mix of numbers and letters). Now, Move this file to the trash. 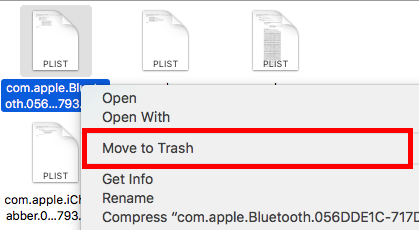 Restart your Mac after doing this. You can always turn on Bluetooth by yourself, in case it didn’t turn on automatically. Hopefully, your Bluetooth issues on your Mac should be fixed by now. By any chances of failure of this method, you can move on to the next method.

To try out this fix, there should be a Bluetooth icon on the menu bar of your Mac. In order to do this, go to System Preferences -> Bluetooth and mark the checkbox that mentions “Show Bluetooth icon in menu bar”. 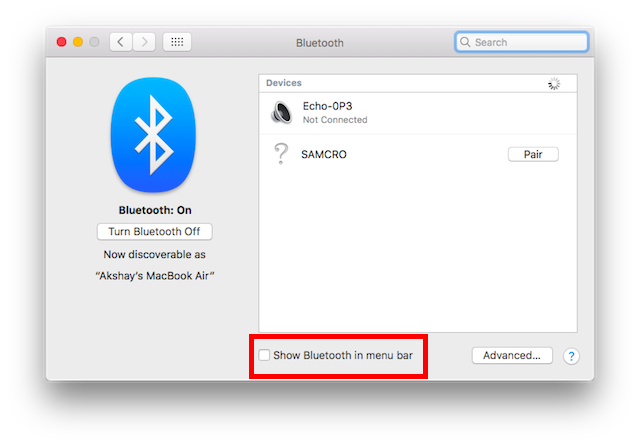 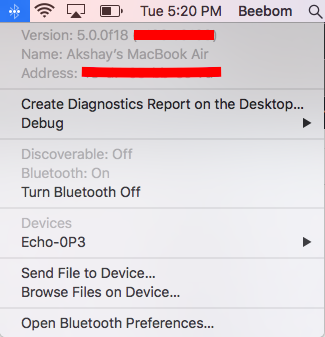 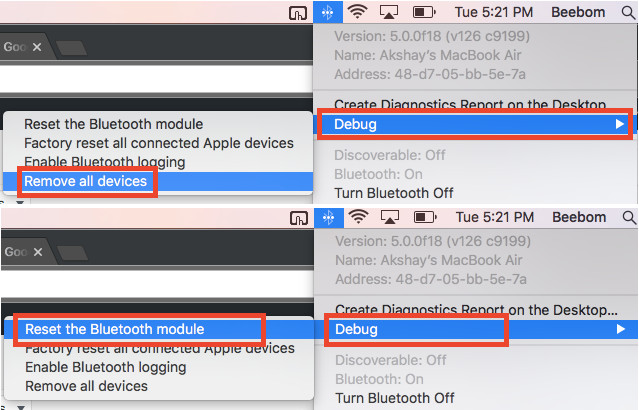 Restart your Mac after doing this. You can always turn on Bluetooth by yourself, in case it didn’t turn on automatically. Hopefully, your Bluetooth issues on your Mac should be fixed by now. By any chances of failure of this method, there is no need to panic; you can move on to the next method.

You must be wondering how could a MacID possibly increase the chances of fixing Bluetooth issues on your Mac. Technically speaking, Mac ID is not an option to solve Bluetooth problems. In fact, it is an app that allows you to use Touch ID to unlock your Mac. This feature is possible by the use of Bluetooth, and it allows you to reset your Mac’s Bluetooth. Isn’t it a cool built-in feature? This method was tried out on a number of Mac’s and works like a charm.

2. After finishing the download, click and launch the app. When the app starts searching for your iPhone just close the window. In the menu bar, you can find the MacID icon. Click on it, and head towards “More->Advanced->Reset Bluetooth.”

Your Bluetooth module will then be reset by MacID, and restarts your Mac. After applying this fix, you will be able to use Bluetooth perfectly again. 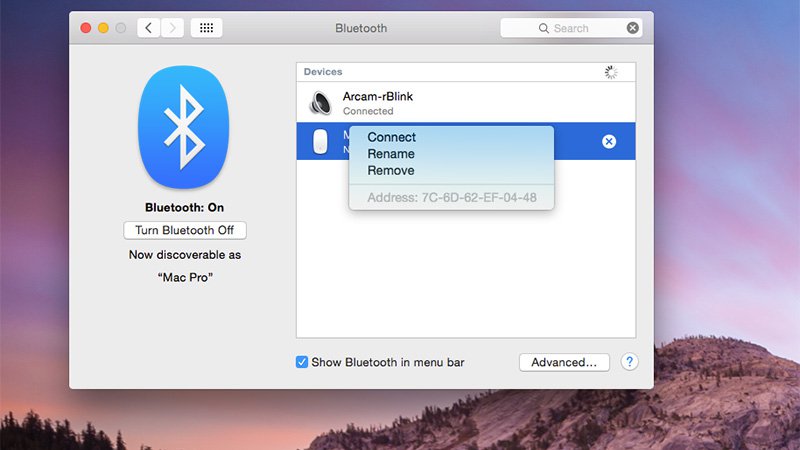