Developed by Guerrilla Games and published by Sony Interactive Entertainment, Horizon Zero Dawn is an open-world action role-playing video game. Released in Feb 2017 and set about thousand years in the future, the game revolves around Aloy, a hunter and archer living in a world overrun by robots. The character uses ranged and melee weapons to fight the robots, while exploring the open world hunting for resources that can be looted from the remains of robots. As of March 2017, over 2.6 million copies of the game have been sold and the game has made it to the best-selling new first party IP launch on the PS4. In a recent interview with Game Informer, the developers of the game have revealed info about the sequel for Horizon Zero Dawn. 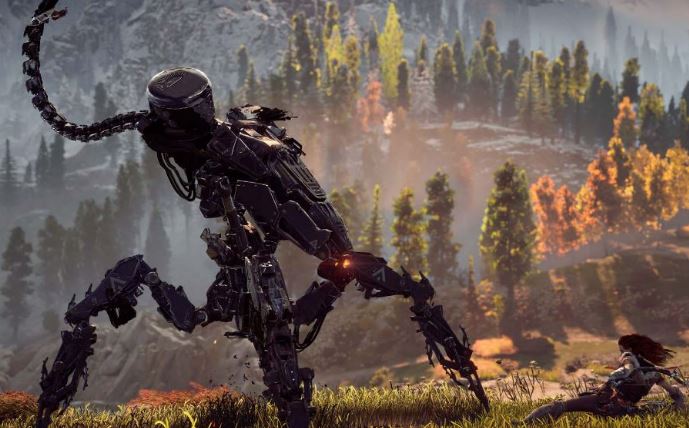 Given that the Horizon Zero Dawn has received positive response and critical acclaim, what are fans expecting from the sequel? Art Director Jan-Bart van Beek talks about what can be improved upon –

More machines. They are a lot of fun to design, build, animate, and play with. I wish we could have done a hundred. But reality is a harsh mistress; it doesn’t allow you to make hundreds of machines.

Narrative Directory John Gonzalez has revealed that the number one goal for the sequel would be to create a story that resonates with the players as deeply as the current one.

We’ve been absolutely humbled by the players’ response to the story and their emotional connection to Aloy. Should a sequel happen, our number one goal would be to respect that connection by doing our utmost to create a story that resonates just as deeply.

We feel duty-bound to honor the time that players have invested into Horizon: Zero Dawn. The last thing we want to do is disappoint the folks who have given the game such a passionate support.

When asked about scope for development and improvements for the sequel, Guerrilla Game Director Mathijs de Jonge expressed that developers are closely looking at critiques and taking action on plotting plans for the future of Horizon.

It’s been a big project for us and I’m really happy how it all came together. I see a lot of praise for the variety the world offers and the experience as a whole. That some parts don’t shine quite as brightly as others is something that was kind of inevitable due to the scope. We are looking closely at any critiques as part of plotting out our plans for the future of Horizon. 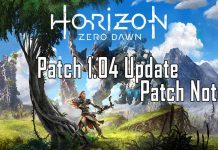 Horizon Zero Dawn Massive Update: Patch 1.04 Fixes Up a Lot of Bugs In The Game, Here are the Patch Notes