MobiPicker
Games Console Gaming For Honor Update Live Now: Patch Notes Reveal Changes for PS4, PC,...
Share on Facebook
Tweet on Twitter
Deal Alert: 49% Off on ExpressVPN
Touted as #1 VPN in the world, ExpressVPN is now offering 49% off & an additional 3-months of service on its annual plans.

For Honor new Update has been released by Ubisoft on Friday, March 10, 2017. According to Ubisoft, this update will help counter the problems that the games’ recently been facing. The patch notes for the update confirm that this update is basically an extension to the recent update 1.03. Keep in mind that the update 1.03 was mainly about class re-balancing. 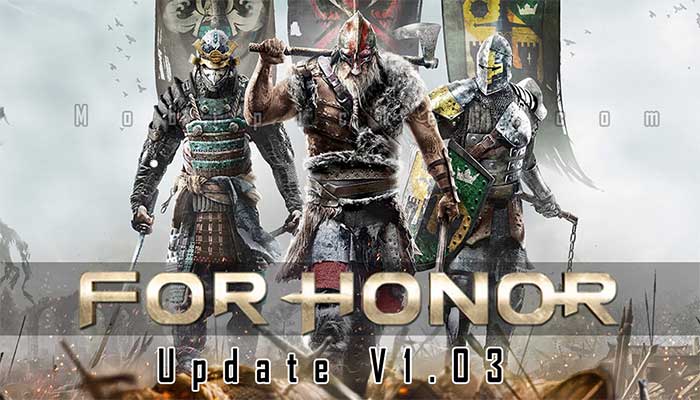 The game is back online after a brief maintenance timeout period and its ready for all those players who want to see the new changes. One of the most prominent change that the players will find in the game now is that the Guard Break issues are now fully resolved.

2. Warlords: Full Block Stance was not previously intended to be a reactive tool at all in order to replace all others defensive methods. Now, the Full Block Stance is delayed from instantaneous activations to a 200ms delay after the Input. This will help fix some of the replication bugs in the game.

3. Valkyrie: Shield tackle Full Block property was not intended to be a reactive tool at all in order to replace all the other defensive methods. This property has now been delayed from instantaneous on activation to a 200ms delay after the input. This will help fix some of the replication bugs in the game.

4. Conqueror: In another attempt to fix some more of the replication bugs, Heavy Attack interrupts Block Animation is now delayed from an immediate to a 100ms delay after the input.

5. Kensei: A bug is fixed hat caused Unlockable Top Heavy to cancel back into itself previously. It was never intended to work like that in the past.

6. Shugoki: A bug is fixed on Charged Heavy Attack hitting twice and being un-perry able when releasing lock during the attacks. It was never intended to work like that in the past.

2. As requested by the community earlier, the Post-match screen “Quit To Desktop” has been removed permanently.

3. A memory leak that happens under any particular circumstances with UPnP has been fixed.

Above are the Full For Honor recent update Patch Notes. The Notes clearly show some improvements and are separately presented for Consoles and PC platforms. Hopefully, this new update will improve the performance as well as the gameplay. If you find this news helpful, do let us know about it. We’ll love to hear from you via the comments below.

Pokemon GO Update: Easter Event Ends But Niantic Has A Lot To Share With You, New Updates Inbound