Today an image posted by Huawei has indicated the launch of Honor 7 in China on June 30 which is inline with our earlier news article on the smartphone. Since last month Honor 7 news were making rounds in the mobile sphere. Like Coolpad dazen, it is also rumoured to be made from aircraft-grade metal with a 5-inch Full HD display. 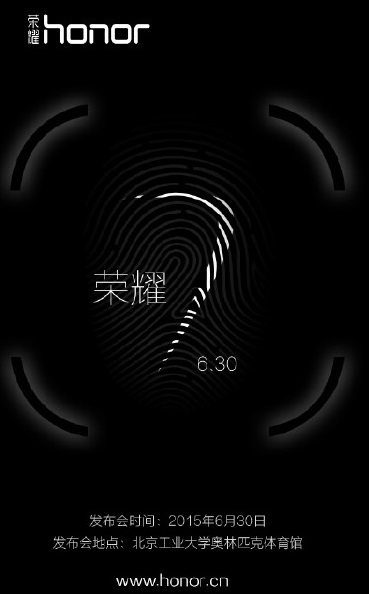 Honor 7 will have an Android 5.1 Lollipop based Emotion UI 3.2. As reported on June 3 and now we are reassured with the launch of the teaser invite that it will adorn a fingerprint sensor which will be placed at back under the camera.