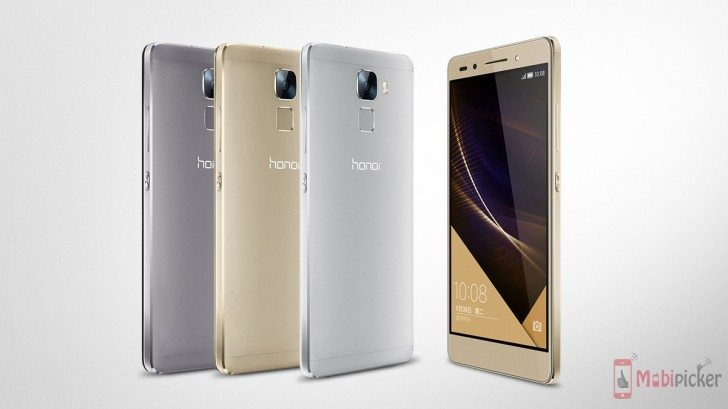 Couple of weeks back a promotional video from the manufacturer confirmed that the Honor 7 will be available in Europe which is executed with today’s news.  The Honor 7 will be released in the UK on August 27 in a special launch event exclusive to them. It is expected to be available soon after the launch event. It will be coming in unlocked avatar and SIM-free type as per the legacy of Honor devices.

The Honor 7 phone sports an aluminum alloy body and features a 5.2-inch screen 1080p resolution. With a 20 MP rear snapper and an 8 MP selfie camera it houses 3GB of RAM with 16 or 64GB of expandable storage. Juiced up by 3,100mAh battery, it is powered by Huawei’s own Kirin 935 SoC, with an octa-core Cortex-A53 CPU whose heart is throbbing at 2.2 GHz. It runs on Android 5.0 Lollipop, with the Emotion UI 3.1 on top from the manufacturer.