MobiPicker
News Deal – HOMTOM HT7 with 3000mAh battery costs just $39.99
Share on Facebook
Tweet on Twitter
Deal Alert: 49% Off on ExpressVPN
Touted as #1 VPN in the world, ExpressVPN is now offering 49% off & an additional 3-months of service on its annual plans.

If you’re asked to buy a smartphone-related gadget under a price tag of $50, the first things that would probably come to your mind are earphones, power banks, Bluetooth speakers, etc. However, what if we said that you could buy a well-specced and stylish low-end smartphone for less than $40? It might sound unbelievable, but Everbuying is offering the HOMTOM HT7 for just $39.99! 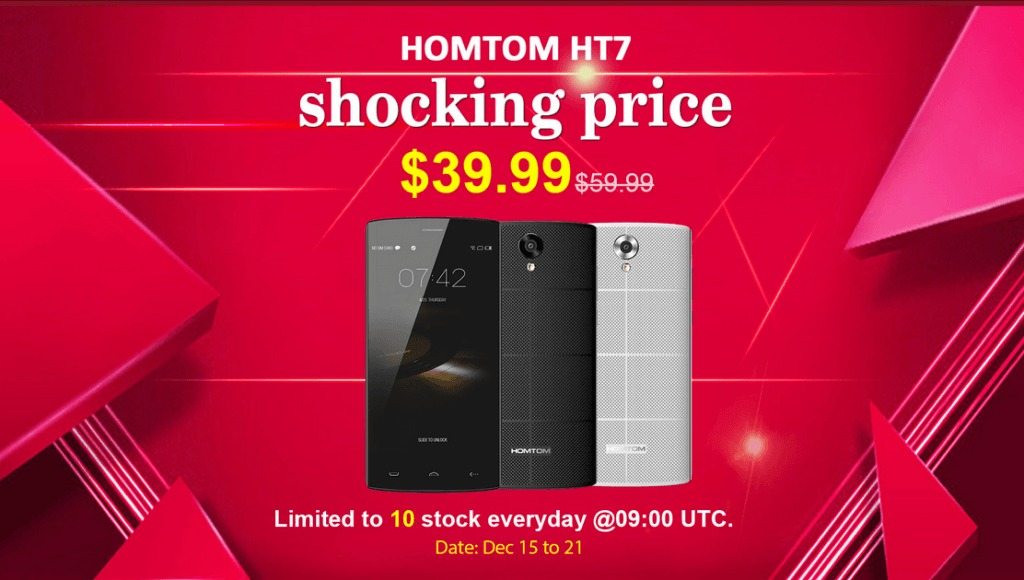 Before you go on and judge the phone on the basis of the aforementioned price tag, you should know that the HOMTOM HT7 is a low-end starter Android phone and suits best for those who want to buy their first phone or those who want a secondary phone. The HT7 is very sleek, slim, and stylish and gets a 5.5-inch HD phone. It’s a 3G Android 5.1 smartphone powered by a 1.0GHz MTK6580 Quad Core processor.

The HOMTOM HT7 sports a 5MP rear and 2MP front camera. It gets 1GB of RAM and 8GB of expandable onboard storage. There’s a 3000mAh battery under the hood to keep the phone running.

In case you’re interested, the HOMTOM HT7 is available on Everbuying for just $39.99 USD. But do remember that this price is limited to only first 10 buyers everyday, after which the phone will cost $59.99. The $39.99 offer is valid from 15h December to 21st December only.