Nintendo released the Wii U in 2012 to get back into the game. The console kind of introduced all sorts of new demographics to gaming, but was still a big failure due to its lack of imagination and most importantly, lack of games. The Nintendo Switch, on the other hand, is currently facing the same issue with games but is still better than the Wii U in terms of imagination.

Those who live near an Amazon Books location can grab the Switch right away if it’s out of stock at GameStop, Wallmart or Best Buy. You can head over to the website of Amazon Books to see if there is a location nearby you or not. The sales of Switch are currently limited to one per person. This is a good step considering the fact that more gamers will be able to get their hands on it. BGR also claimed that the last time they checked, they had a lot of stock. 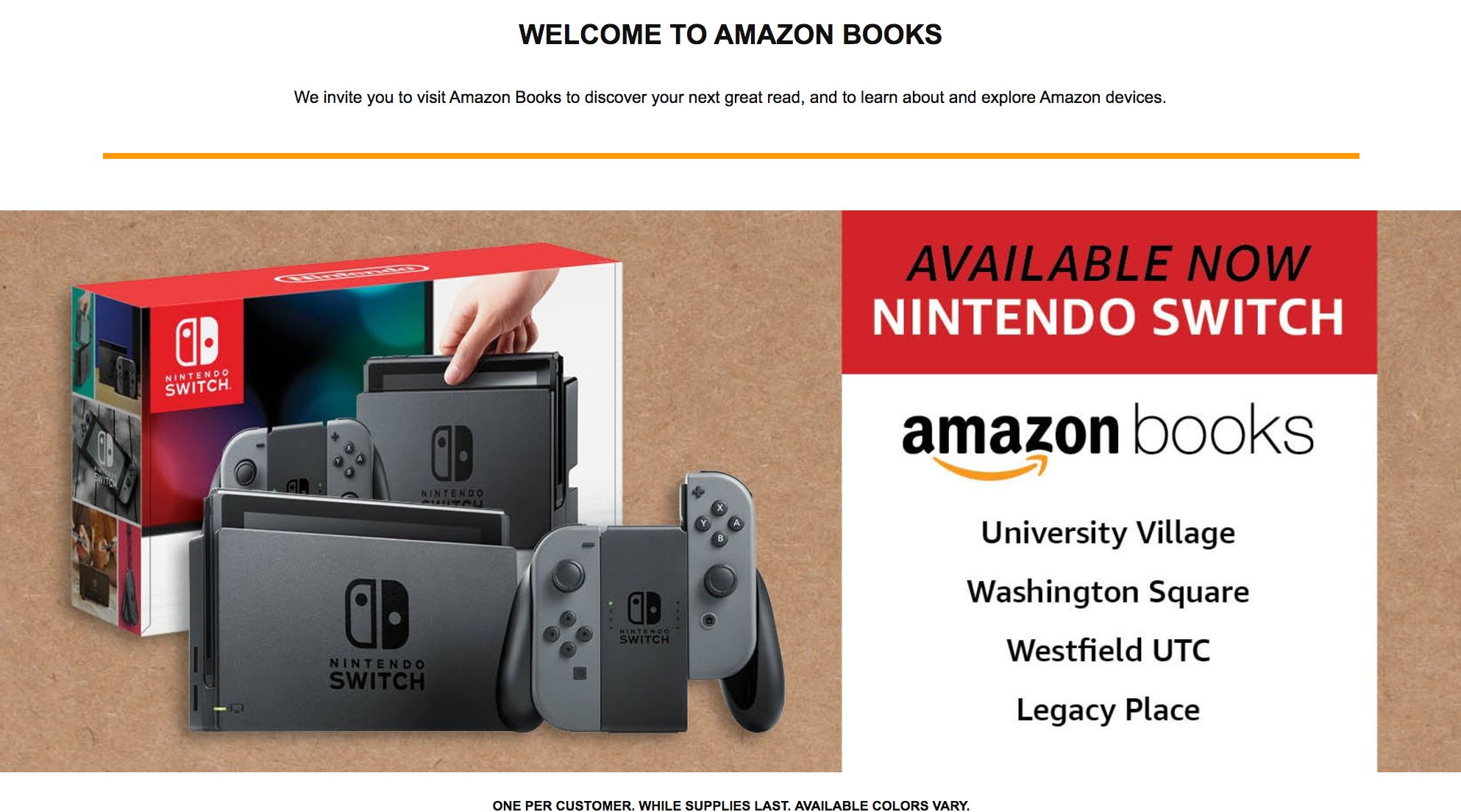 Those who don’t have an Amazon Books location nearby are surely unlucky. However, they can still try their luck on the product pages of the Nintendo Switch on the main website of Amazon. There are many sellers on the site who have the stock of Nintendo Switch for a short period of time. But if you are lucky enough to get a hold of a dealer who has a Switch in stock, make sure he has a positive rating before you order from him.

Let us know if you managed to get your hands on a Nintendo Switch after its launch or not in the comments below.