MobiPicker
Mobiles Android Here’s How You Can Purchase Bluboo Picasso 4G And Bluboo Mini For...
Share on Facebook
Tweet on Twitter
Deal Alert: 49% Off on ExpressVPN
Touted as #1 VPN in the world, ExpressVPN is now offering 49% off & an additional 3-months of service on its annual plans.

As you know, the annual Global Sources Fair in Hong saw Bluboo unveiling four of its forthcoming smartphones, the Bluboo Picasso 4G, Bluboo Edge, Bluboo Mini, and Bluboo Dual. The response, as we are told by company insiders, was better than expected with many buyers already booking their orders right at the venue.

The Bluboo Picasso 4G and Bluboo Mini were particularly popular among buyers as both these Android handsets are now officially scheduled to hit the store shelves on October 25 – less than a week from now. The pre-sale prices are already heavily discounted with the Picasso 4G costing $79.99 and the Bluboo Mini costing $49.99. 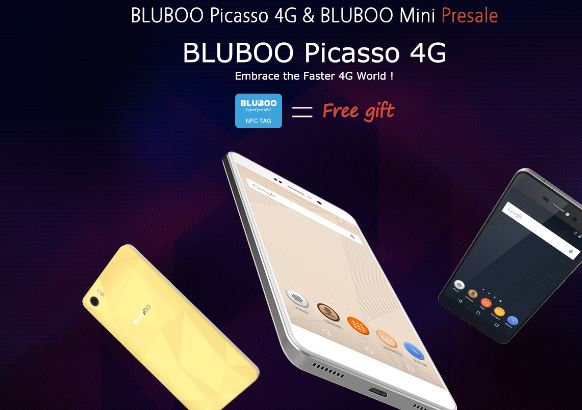 However, to encourage more buyers to purchase its new releases, the company is holding a flash sale event where the prices of Picasso 4G and Bluboo Mini will be reduced by another $10. But that’s not all – Bluboo also has a snapping up event in the store which will give away both the products at a flat 90% discount. In other words, winners in this event will receive their Picasso by making a payment of just $9.99 while the effective price on the Bluboo Mini will be only $6.99.

As for the smaller and more affordable Bluboo Mini, the device comes with a 4.5-inch quad-core processor clocked at 1.3 GHz, 256GB TF expansion, 8.0 MP primary camera and 5.0 MP front camera