MobiPicker
News Games Hearthstone Latest News & Updates – Mean Streets of Gadgetzan NEW CARD...
Share on Facebook
Tweet on Twitter
Deal Alert: 49% Off on ExpressVPN
Touted as #1 VPN in the world, ExpressVPN is now offering 49% off & an additional 3-months of service on its annual plans.

Hearthstone: Mean Streets of Gadgetzan is expected to go live in early December. Devolve, a new Shaman spell is going to make a debut and here we show you how it plays.

The highest cost card is molten giant at 25. From 14 to 25, then from 27 upwards all minions will be a jade golem. Add that to the fact that druids can create infinite jade golems with jade idol and this card is pretty useless. The cost of jade golems caps out at 10. All Jade Golems from 10-10 up only cost 10 mana, so devolving one of them will result in a 9-cost minion. A molten giant cannot be devolved since there are no 24-cost minions.

We think part of what Blizzard wants players to do here is buff the gargoyle so that it can survive every round. There are some other tricks that were placed into the deck, but we haven’t seen them all. Getting windfury on the gargoyle should lead to a lot of damage. Anyways, let us know your thoughts on these new Hearthstone cards. 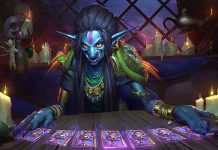 Blizzard Announces the Hearthstone: Year of the Mammoth, New Changes Coming Your Way 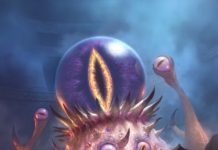 Hearthstone: Is This the Best Deck in Whispers of the Old Gods? 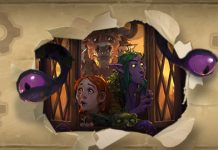