‘Blossom’ star Joey Lawrence is set to play the character Aaron Wright in Hawaii Five-0 Season 8. He is starring in a guest role for two episodes. Aaron is the brother of world-class hacker Ian Wright, who Five-0 team encounters when he uses his computer to free a dangerous arsonist from prison, reported Variety.

‘Being Human’ star Meaghan Rath is set to play the role of Tani Rey in the upcoming Season 8 of Hawaii Five-0. In the new season, Alex O’Loughlin’s Steve McGarrett recruits after “finding her working as a lifeguard at a hotel pool after she was kicked out of the Police Academy, despite being a first-rate candidate,” reported Spoiler TV. It appears that Tani Rey will take place of Kono in the series.

As per the aforementioned source, “Reigns, a former Navy SEAL who just returned from serving his country and asks McGarrett, a fellow SEAL for a job hoping to repurpose his skills as a member of Five-0.” It appears that character Reigns will take the place of Chin Ho Kelly in the Season 8. 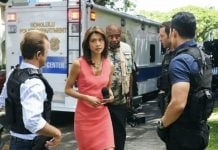 ‘Hawaii Five-0’ Cast: Here’s Why Daniel Dae Kim Is Not Returning For Season 8 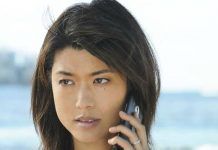