Facebook founder Mark Zuckerberg got a surprise welcome just before his commencement speech at the Harvard University. In an apparent hacking attempt, the university’s 144-year old student newspaper, The Harvard Crimson, was transformed into a joke about Zuckerberg, who dropped out from Harvard 12 years ago. 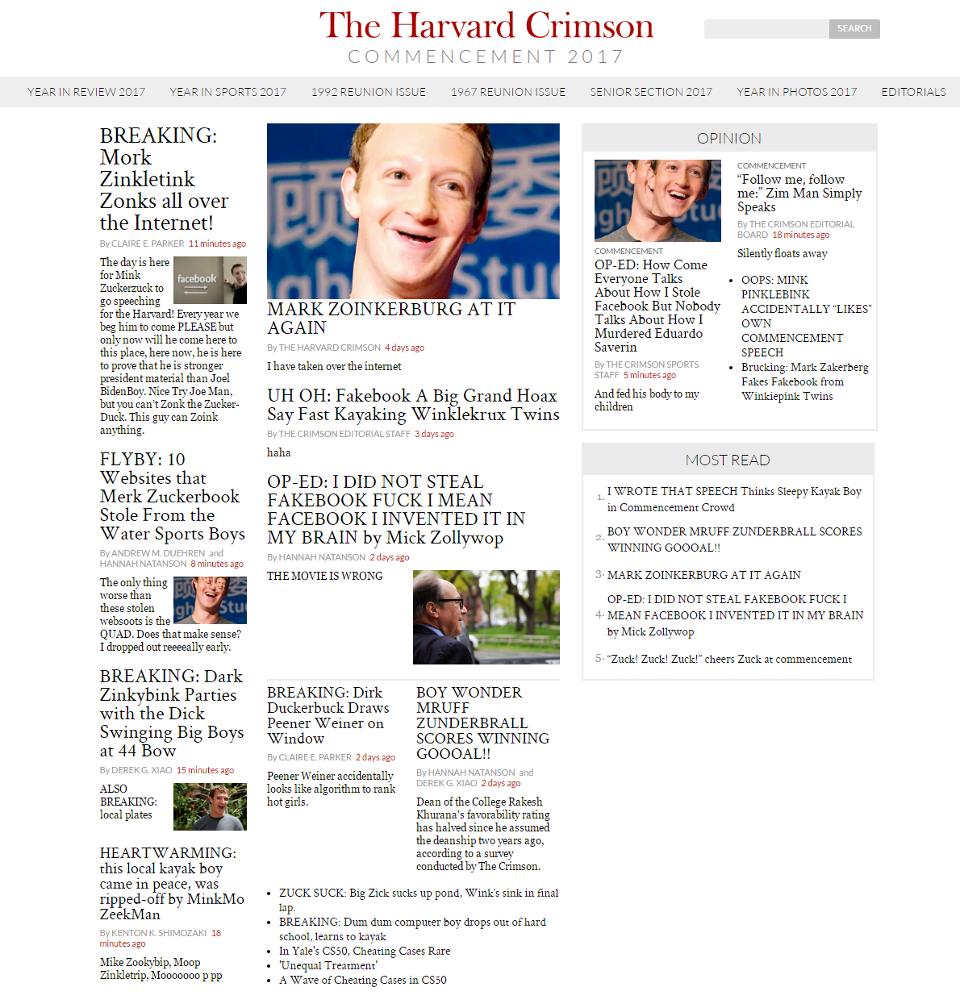 The homepage of the website was plastered with Mark’s photoshopped images and a bunch of headlines making fun of him. The joke headlines on the site read: “FLYBY: 10 Websites that Merk Zuckerbook Stole From the Water Sports Boys” and “Mark Zoinkerberg at it again”. 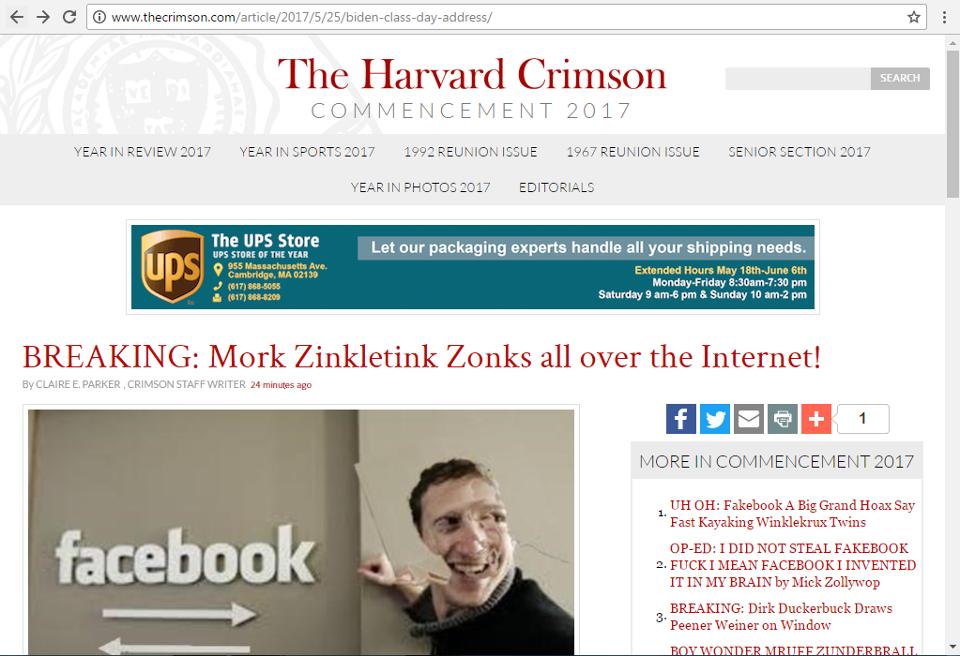 Derek Choi, the paper’s president, said in a statement, “Earlier today, The Harvard Crimson’s website was altered by an unauthorized user. We are currently working to repair the breach. We regret any inconvenience to our users and look forward to the rest of Commencement”. Even the paper tweeted out that they were not the ones responsible for the spread.

Though it was immediately unclear how long the site was hacked, officials at Harvard Crimson acted swiftly to repair the breach. All the fake content has since been removed and things seem back to normal with “Year in Review 2017” at the top of the page. Zuckerberg delivered the Commencement address at 3 p.m. and also got his honorary degree from the University.

As for who compromised the site, there’s no official word, but several reports suggest the hack most likely came from the Harvard Lampoon, a 141-year-old humorous publication known for its faux-rivalry with the Harvard Crimson. The site is up and running right now, but screenshots are, ostensibly, forever!