Ghosts of Meridian for Halo 5: Guardians is now coming out in April, according to recent reports. The free content update was originally scheduled to hit in March, but it appears to have been delayed by a full month. This casts concern on the upcoming Warzone Firefight mode as well, as the mode might now come later than the original June estimate. 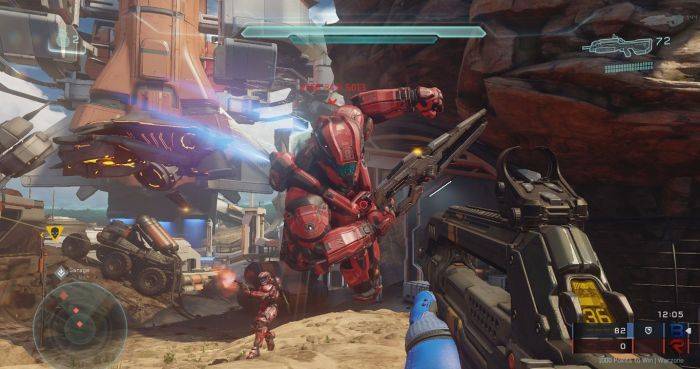 According to the official site, Ghosts of Meridian will add a new multiplayer mode to Halo 5: Guardians, as well as adding more maps, weapons and REQ cards.

While no delay has been announced for Warzone Firefight, it would be fair to expect the deployment of that mode to be delayed by a month as well. According to 343 Industries, this new mode will give players a chance to show off their look and Spartan capabilities while battling powerful groups of enemies.

343 Industries has also recently tweaked the matchmaking in Halo 5: Guardians, and these changes should go live in the coming weeks.

Are you bummed at the delay for Ghosts of Meridian? Let us know in the comments below!