Microtransactions are a huge part of today’s gaming culture, and Halo 5: Guardians is no exception when it comes to this trend. Bungie’s extremely popular Xbox One shooter, which was released in October of 2015, also features many micro-transactions. Players can already buy armor and weapon skins, and now a new bundle pack also joins the available content on February 16th. 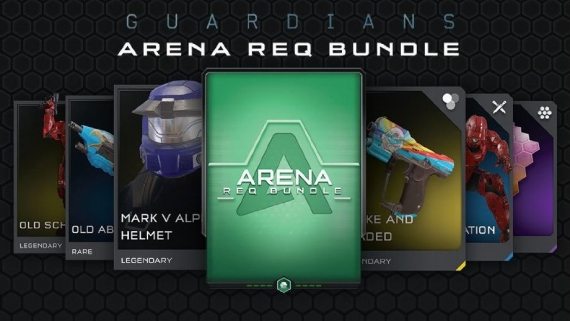 Bungie’s decision to add new micro-transaction to a full-priced game doesn’t come as a surprise, because the gaming industry proved time and time again, that many players are willing to shell out for all kinds of microtransactions – see games like Saints Row: The Third with all of its DLC and skin packs, and that is just a single-player game. When it comes to multiplayer, players are even more willing to spend money on customizing their avatar or characters, as others can also see the results while playing. 343 Industries, the developer of Halo 5 raked in more than 1 million USD just from Halo 5 microtransactions in 2015, even with the game releasing late in the year.

The new pack, titled Arena REQ Bundle, will be similar to those season passes we’ve been seeing in the last 5 or so years. This is because the bundle will contain 14 forthcoming packs, which will be distributed over the course of 7 weeks, meaning players will receive 2 packs per week, starting on Feb 16. Each of these packs will contain a lot of customization items, including armors, visors, weapon skins and other goodies, all of which will be randomized. They will also have a slim chance to earn some rare, mythic or legendary items as part of these packs.

The bundle will cost $25, and only one can be bought per Xbox Live account. Purchasers will also gain access to the Mark V Alpha armor set, which was originally worn by Master Chief in the “Halo: Combat Evolved” game.