MobiPicker
Games Console Gaming Halo 5 Guardians Update – Classic Playlist Confirmed, It Will Bring Back...
Share on Facebook
Tweet on Twitter
Deal Alert: 49% Off on ExpressVPN
Touted as #1 VPN in the world, ExpressVPN is now offering 49% off & an additional 3-months of service on its annual plans.

Since so many people want this playlist, 343 eventually decided to give it to us. Many older Halo fans have moved on from Halo. And the game needs to evolve to keep players playing the game. But we do agree that there needs to be a classic playlist. 343 could have avoided a lot of trouble if they had simply made a classic playlist a long time ago. Thankfully, it’s finally here in Halo 5 Guardians.

While we do think this is a great idea, we also don’t think the halo 5 weapon sandbox would work that well with it. The weapons on the map would have to be very carefully picked for this to work. Hey could also make it a weekend playlist to see how people play on the developed maps, then later on, announce that they are looking for maps that don’t need spartan abilities.

Honestly, just a playlist without sprint would be perfect. Thrust pack and clamber would be a gremm==at addition to Halo. We think thruster should be replaced with evade, in our opinion you shouldn’t be able to change direction in the air. The first thing that comes to mind is the enhanced physical capabilities and strength, not the thruster and groundpounds. Also being able to change direction in midair takes the skill away as they can easily just reverse their mistake. Players should be able to plan their movements. ahead.

The only problem is that a lot of the sandbox is designed around sprint and the other abilities, and we’re not just talking about map size. Grenades have a bigger explosion radius. Same goes for Rockets. A lot of the weapons have increased bullet magnetism and slowing down the movement will make landing shots with the Sniper and such very easy.
Lastly, vehicle splattering had to be made easier because of Thruster, and taking that away will make vehicles ridiculous. Now we’re not saying you can’t make a classic playlist. All we’re just saying that it might be weird and unbalance the game a lot. Anyways let us know your thoughts about the addition of classic playlist to Halo 5 Guardians. 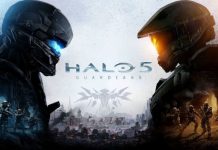 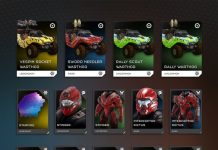