343 Industries has penned a longish blog post detailing the upcoming downloadable content that will be released for Halo 5, particularly Warzone Firefight, which will be the largest release seen in the game yet. They’ve also confirmed that they have no plans of Halo 5: Guardians coming to the PC, despite the recent announcement that Forge will be coming to Windows 10. 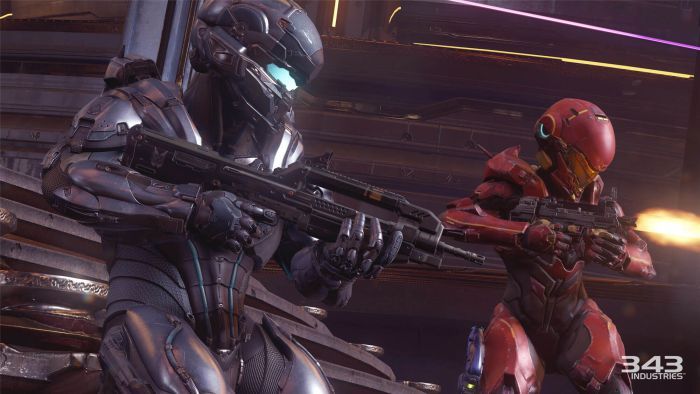 Much of the content that was scheduled to release in Hog Wild has been shifted to Warzone Firefight instead, which is expected to arrive near the end of June. This means it’s roughly a month away, give or take. Warzone Firefight is a PvE mode, for those not in the know, and the associated update will also add new game features, Warzone and Arena maps, a number of Forge updates, new REQs and lots more.

Wild Hog REQs will be released as the Hog Wild REQ Drop, which will happen at the end of this month. Seen at their blog are REQs for the “Sword Needler Warthog”, the “Stinger”, “Starfire” and more. No official release date has been announced as of yet for either Hog Wild or Warzone Firefight, but at least we know when to expect them now.

Are you more excited for Hog Wild or Warzone Firefight? Were you interested in a possible PC version of the game? Let us know in the comments below.