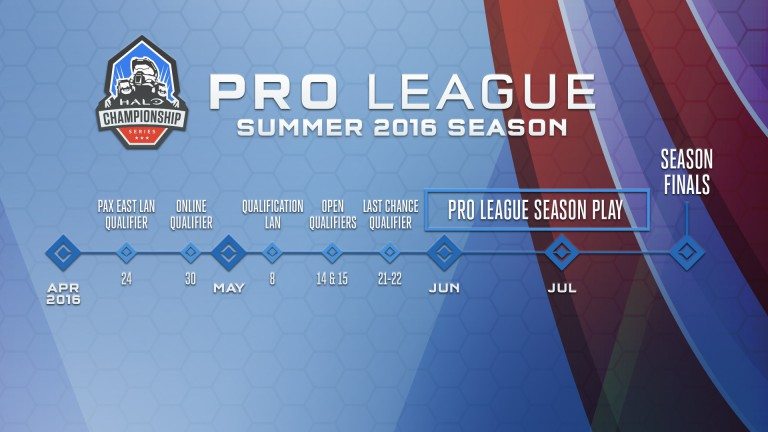 Qualifiers for the Pro League will take place in April through May, while the Pro League season will take place in June through July. During the season, every week will involve the top eight teams competing in two matches. So far, there are seven open spots for North American teams, while one has been filled by Counter-Logic Gaming, winners of the 2016 Halo World Championship. Every team will play against every other team twice during the season.

The top four teams will then move on to the Summer 2016 finals, while the fifth and sixth best teams will get guaranteed spots in the Fall season. All qualifying matches will be held on the same map and game type as the Halo World Championship 2016 Finals. Take a look at the schedule above to see the dates for when each event will be held.