Some say that Halloween originated in legends of North American and European countries, but there are also those who prefer the version that speaks of the restrictions imposed by the Catholic Church on the eve of the Day of All Saints (November 1) to try to eliminate a pagan festival called Samhain.

Regardless of the versions presented to the emergence of this traditional event, the fact is that people around the globe really embraced the cause and put what we call Halloween in the unofficial festival calendar of the country.

If you are not about to put a super fancy elaborate – or simply throw ketchup on old clothes to simulate blood – and fall in revelry provided by several theme parties inspired by gringa date, we will help you to have fun in a less blatant way: on the couch.

A good idea is to get some snacks, meet friends and do a marathon of horror movies, horror, fantasy, suspense and, why not, a fun comedy with witches and zombies to not let the date go blank; after all, this year it falls on Saturday, one more reason to celebrate.

Check out some titles tips for everyone we encounter in Netflix and are a great choice for the night of October 31: 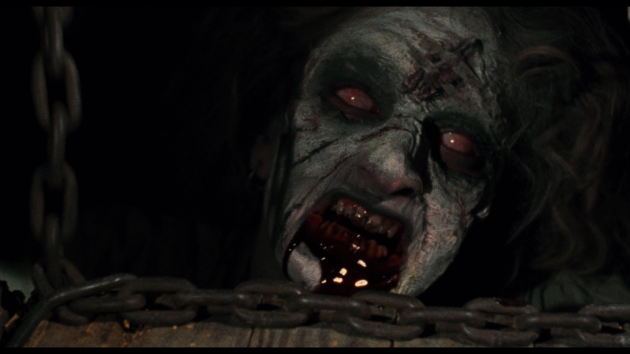 Originally titled  The Evil Dead , the film revolves around the story of a group of teenagers during a ride in a cabin in the woods, is the so – called Book of the Dead. What will happen next involves a lot of blood and creepiness. Also known in Brazil as “Evil Dead”, this American film became a cult classic of director Sam Raimi.

The film had two sequels:  Evil Dead 2  (1987) and  Army of Darkness 3  (1992). Due to violent content, the original version of the film was banned in several countries, such as Finland, Iceland, Ireland and Germany, after its launch in the 1980s In 2013, the first title in the series was remade with some unpublished characters, but still with blood. 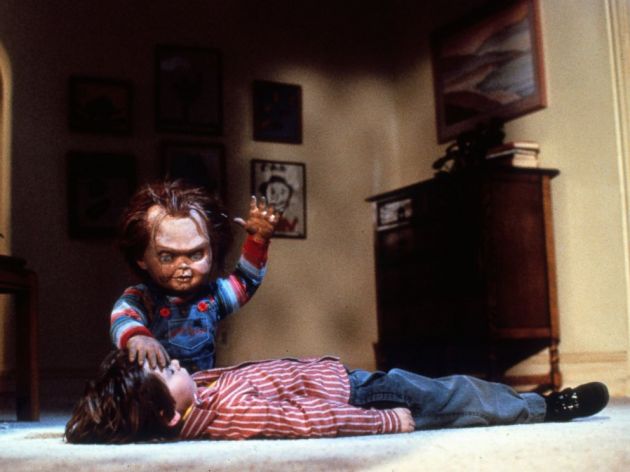 Before a deadly confrontation with the police, a serial killer uses a voodoo ritual to transfer his spirit to a doll. After winning the said gift toy, a 6-year-old boy begin to notice that there is something wrong with your doll named Chucky and relates to a series of murders.

The saga of Chucky raised millions of dollars at the box office the week of its release and due to the success, won five sequences. At Netflix, you will find the titles Child’s Play 1, 2, and 3 . 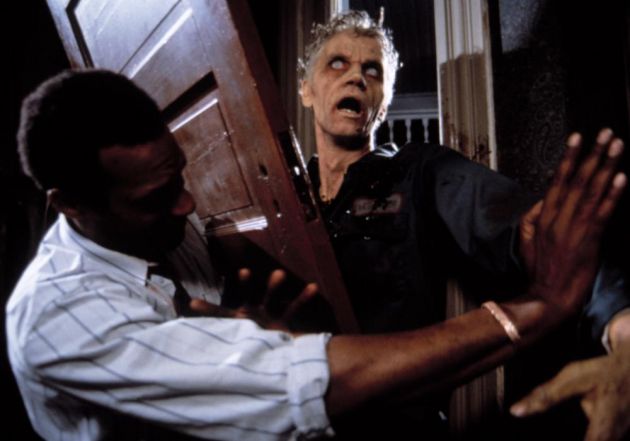 This remake of the eponymous film of 1968 gives colour to the story of a group of people who took refuge in a house to try to survive an army of hungry zombies. Full of blood and tension, Night of the Living Dead  starts in a cemetery and the version of the 1990s follows the original script.

Although not the first film to address this issue, the original recording in black and white, helped define the mythology of zombies as we know it today. But the remake marks the first film directed by Tom Savini, the makeup and special effects technician, known for the amazing work in classics like  Creepshow  and  Friday the 13th. 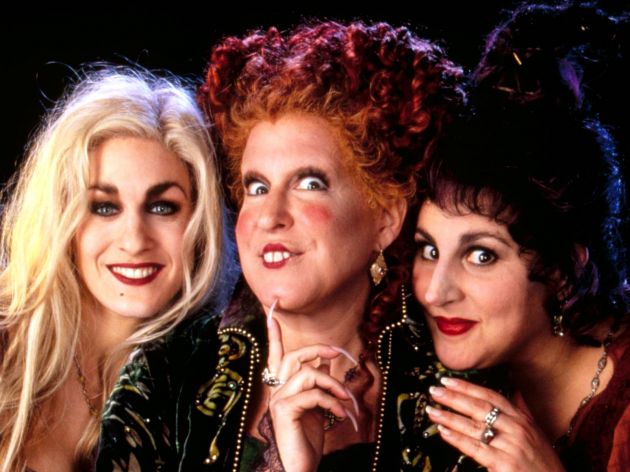 Following a more entertaining line, this long Disney with PG and whose original title is “Hocus Pocus”, shows three witches of Salem City of the seventeenth century, which come back to life 300 years after his death thanks to a ritual performed on the Day Halloween. The film is a good choice for those who will spend the day with 31 children.

In July 2014, rumours that a sequel would be produced and the protagonists of the original production, Bette Midler, Sarah Jessica Parker and Kathy Najimy, said they were willing to participate in the successor classic Afternoon Session. Despite speculation, Abracadabra 2 has not yet been confirmed.” 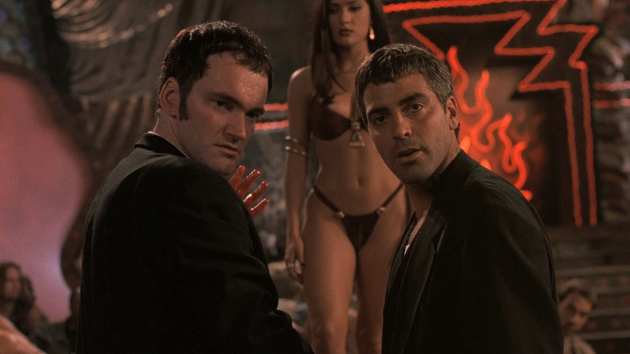 Written by Quentin Tarantino and starring George Clooney, Harvey Keitel, Salma Hayek, Juliette Lewis and by Tarantino himself, From Dusk Till Dawn  is a kind of mix between a thriller and horror trash full of pinches of humour. If you do not know the history of this title and has more than 18 years, try to watch it blindly, without reading synopses or view trailers and guarantee that will have big surprises.

In addition to the classic title that gave rise to a trilogy (not as well known as the first film), From Dusk Till Dawn also served as inspiration for an original eponymous series from Netflix already heading for its third season. 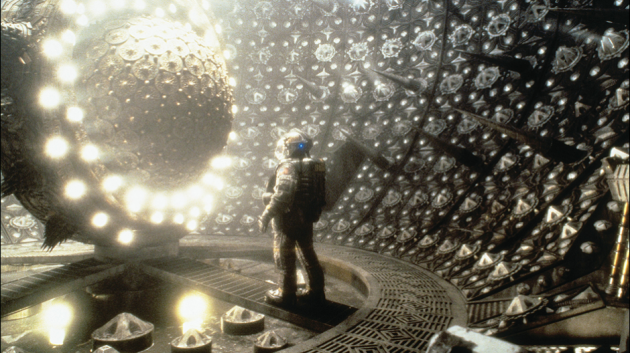 In 2047, a group of astronauts are sent into space to investigate and rescue a spaceship called “Event Horizon,” which mysteriously disappeared during her maiden voyage held for seven years.

However, when attempting to rescue and find out if there are survivors, the spacecraft’s crew face a much more terrible mystery than imagined. Suitable for those who like science fiction and blood. 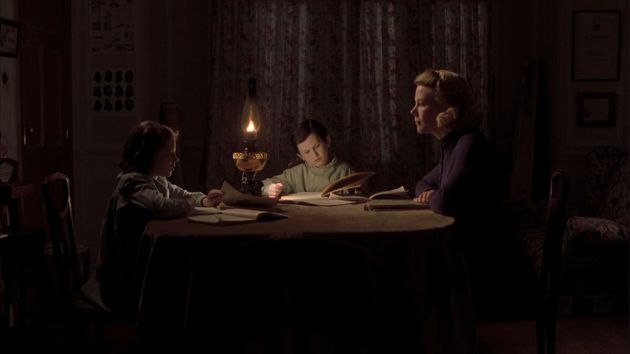 A woman moves to a secluded mansion with her two children waiting for the return of her husband that is war. Children have a rare disease that causes the family habits are quite atypical and rigorous. However, the arrival of new employees’ causes the routine is broken and dark things start to happen.

The shooting The Other  cooperates fully to the sinister atmosphere of the film that, unlike the horror movies that appeal to the visual shock, creates a psychological tension in the viewer. 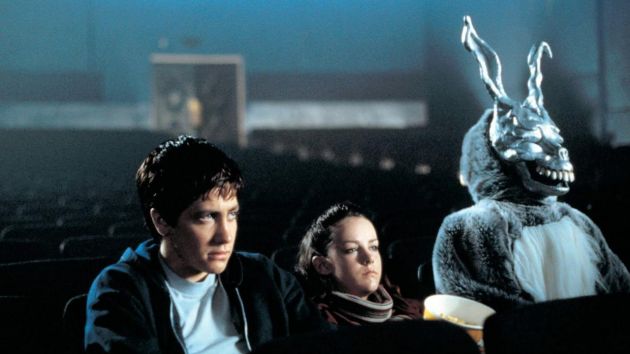 The Donnie story is set in the 1980s and tells the drama of a teenager diagnosed with paranoid schizophrenia framework that goes to live with sightings of a giant rabbit that gives you orders. If you found this brief summary confusing, wait until you watch the film.

Donnie Darko can not be considered a horror film, but a psychological thriller that addresses topics such as time travel, human behaviour, apocalyptic theory, striking dialogues, complex characters and that requires a lot of attention of the viewer. This is the kind of movie that people love or hate.

The cast and soundtrack are an attraction. Actors like Jake Gyllenhaal, Drew Barrymore, Patrick Swayze and Jena Malone are present on the screen, as Tears for Fears, Joy Division, Echo & the Bunnymen, among others, cradling the narrative. In addition, Halloween night is very important to the outcome of the story. 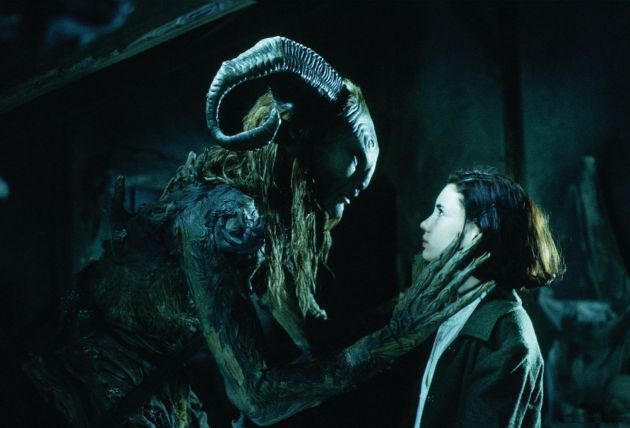 The film takes place in a post-Spanish Civil War phase, but in a region of Spain that still faces clashes because of the presence of a group of rebels. Amid this scenario lives a 10-year-old girl who, during a tour of the mansion’s garden where he lives with his fascist stepfather, finds a new fantasy world.

Other than it may seem, this is not a children’s title as the Alice in Wonderland.  Pan’s Labyrinth is a dark fable, full of metaphors, where the young protagonist’s decisions can have serious consequences for all. The film, which mixes reality and fantasy, has the direction of Guillermo Del Toro. 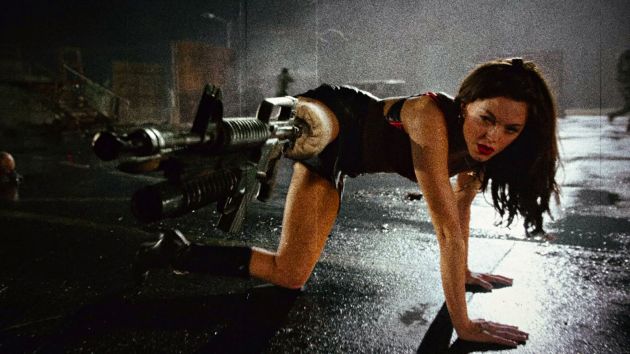 The story of this film is already known: a group of people trying to survive a zombie apocalypse. So far, no news. However,  Planet Terror  brings some interesting elements and bizarre to the center of the narrative, for example, a nightclub dancer with a machine gun in place of the leg which was severed during an attack.

“Planet Terror” is an American film written and directed by Robert Rodriguez, who has his name associated with several well – known titles such as  From Dusk Till Dawn  (creator),  Once Upon a Time in Mexico ,  The Ballad of the Gunslinger  and  Sin City  ( writer and director). 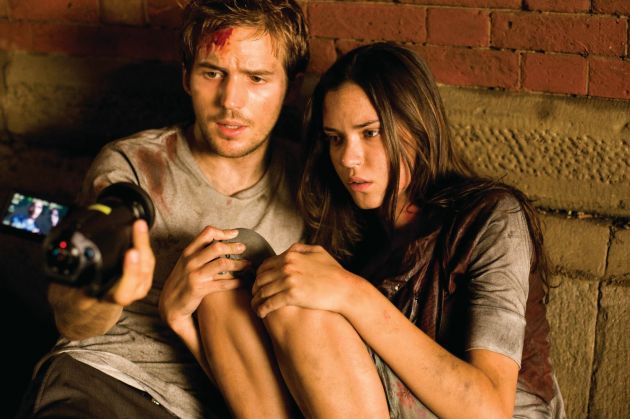 During the farewell Rob, who goes away from Manhattan, New York is attacked by a giant monster spreading terror through the city. The film is presented as a series of scenes in the first person recorded from the video camera of those who try to save in the chaos.

Despite using the same camera device in the first person, this title is quite different from The Blair Witch Project, which was well known to use the resource in the form of pseudo-documentary.  Cloverfield was produced by JJ Abrams, co-creator of the series Lost, director Star Trek (2009) and the expected Star Wars Episode VII. 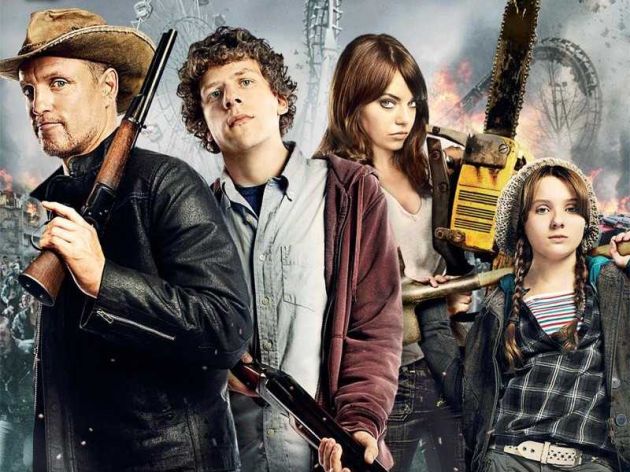 Zombieland revolves around the story of two men trying to survive in a post-apocalyptic world, where (almost) all became zombies due to a mutant virus. The pair unexpectedly formed by a nerd and a tough guy faces several adventures along the way, including the meeting with two sisters who like to apply some blows.

This mix of comedy and horror has big names like Jesse Eisenberg, Woody Harrelson, Emma Stone, Abigail Breslin and a cameo by Bill Murray. In addition, Zombieland offers a great practical course on how to survive a zombie apocalypse – and being fit is part of the rules, because here the undead are as fast as the game Left 4 Dead . 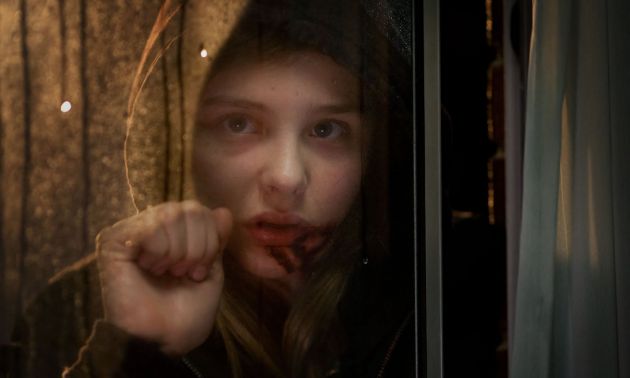 A shy boy of 12 years meets a new neighbor and uses this friendship to try to forget the suffering bullying at school. However, over time the young Owen (Kodi Smit-McPhee) realizes that Abby neighbor (Chloe Moretz) has a secret.

In short, let me Log  is a film about the relationship between human and a vampire who tries a different approach to the “Twilight way of being.” Based on the excellent Swedish film 2008  Let the Right One In  (Let the Right One In), this Hollywood remake does the job , despite the “Americanized” typical of remakes made there. 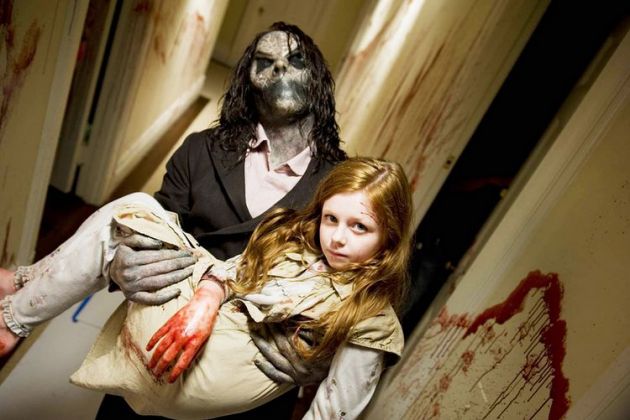 An author of books on real crimes moves his family to a new (and sinister) home. His wife and children do not know, but this place was a crime scene and the writer wants to investigate it closely to try to get inspiration for a new work. The problem is that he discovers things he should not.

Full of tension and psychological terror, this harrowing film is guaranteed to some scares and gnawed fingernails. 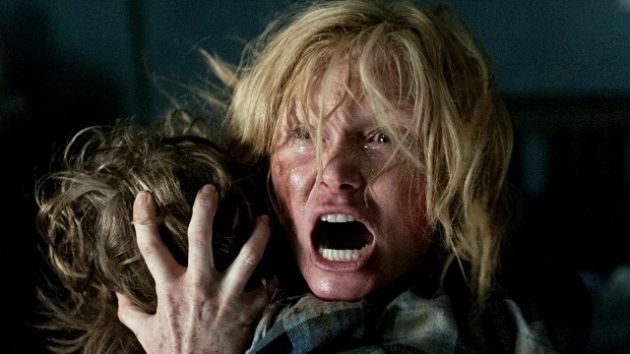 Six years after the death of her husband, a depressed mother tries to discipline and love your child. However, the boy is tormented by a monster that appears in your dreams, and after finding what he believes is an indication of its existence in real life, he starts to act strangely for fear that the two are killed by the creature.

With good performances, engaging story and emotionally strong, The Babadook is a disturbing film and one of the productions of the current terror that deserves attention. The film does not appeal to both jump scares to create terror, because the atmosphere and the actors give the message.

These are just a few tips of titles, but the service stream is packed with other films nominated for who wants to spend Halloween in the company of some monsters, zombies, witches, murderers, and spirits – but only on the small screen TV.

The films are listed in chronological order and not grouped by gender or preference. We try to gather options for all tastes, so feel free to provide feedback and make their own movies advice in our comments box. 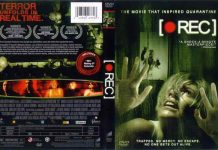