One thing that makes GTA V a record breaker among its predecessors (even though not in the sense we would love it) is that never before has it taken too long after the release of one without having a Single Player DLC. The last weekend of January saw an online ‘Drop Zone’ event and there was also news about some online news. 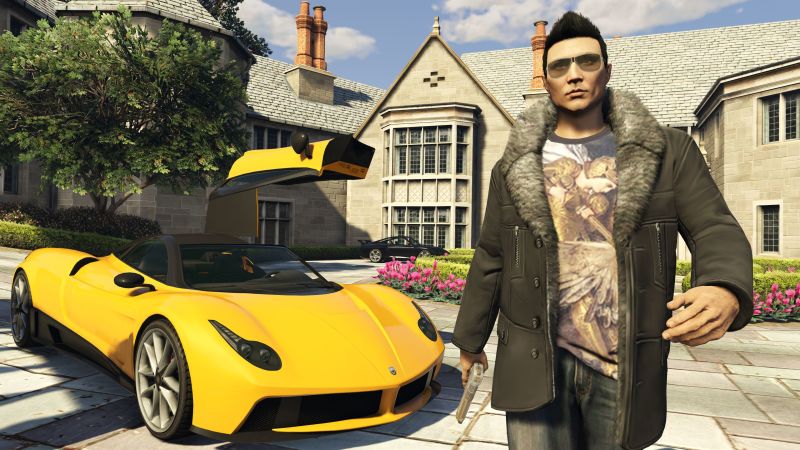 The reason why GTA V has more online attention may not be far from the amount of revenue it generates for the companies involved. The game’s publisher, take-Two interactive is not afraid to publicly make a show of how much Grand Theft Auto online has made for them so far.

Recently, GTA V publisher, Take-Two interactive held a quarterly financial roundup and talked about the success of GTA V in the meeting. They said, – “During the holidays, it had best week ever for both revenues and active players during this holiday season.” In other words, they made money through micro transactions. They also speculated on the possible a better year for the company. Although they refused to disclose the total amount of money they got in figures. We just grab some minor hints for what Take-Two said-

Starting from the results for the fiscal third quarter, net revenue was $486.8 million as compared to $954 million in the last year’s third quarter, which had benefitted from a more extensive release slate. This result exceeded our outlook range of $400 million to $450 million due primarily to stronger than expected revenues from GTA V and GTA Online. In addition, NBA 2K16 exceeded our expectations.

It will not be strange in business to keep fattening the cow that brings you the most money while abandoning the rest right? Michael Pachter, a Kotaku reader has criticised the strategy Take-Two has employed in its DLC but once he realised the revenue Take-Two is making, he tendered his apology. He further projected that the company could be making as much as $250 million a year off it.

Unarguably, it is right to try to grow your strongest revenue base but have they considered how many new fans they can make to go purchase the game if only the single player DLC was released? I presume not.