GTA V has new DLC, thanks to it being Valentine’s Day yesterday, and it’s brought with it a whole host of new content, including new vehicles, new weapons, and new attire. But there’s a problem with new content: it’s expensive to snag. Thankfully, there’s a quick trick to help you make more money. Lots more money. As in, millions of dollars kind of money. 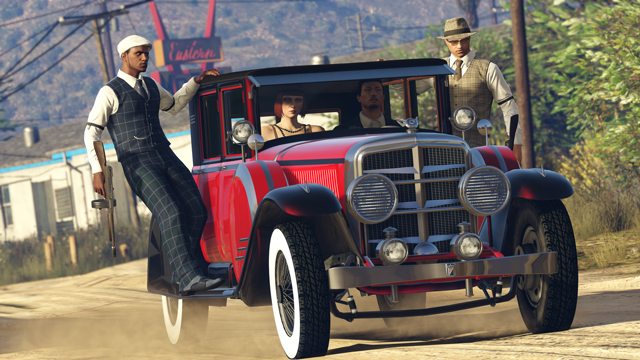 “1) Loaded up an Invite Only session and registered myself as a VIP
2) Grab a buzzard and alternate between doing “Hostile Takeover” and “Sightseer”
3) Once I completed one, I would let it sit on the screen counting down when I could do the next one.
4) While it was counting down I was doing laundry, dishes, having breakfast, some light cardio, browsing reddit, etc. ”

Sounds simple enough. According to DavidElg, it took him a little over 2 hours of play time to make $1,095,000 in all. He also drops more valuable advice, such as making sure there’s nothing in front of you when you pull up the Sighseer app. The last thing you want is a face full of missile fire.

Did the trick work for you? Do you know an even better way to make a fistful of cash in GTA V? Let us know the in the comments below.